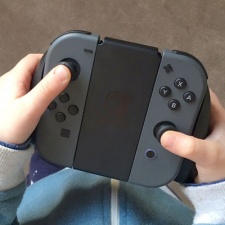 An internal memo acquired by Vice states that Switch customers will no longer be charged for repairs and refunds will be given for those users who have already paid.

The decision comes after the company was struck with a class action lawsuit over widespread problems with the controllers.

Reports emerged earlier in July that users were facing Joy Con drift issues that would see the controller's joystick move on its accord.

Law firm Chimicles Schwartz Kriner & Donaldson-Smith has put together a lawsuit to tackle the issue while asking other US Switch owners to join the case.

“At Nintendo, we take great pride in creating quality products and we are continuously making improvements to them,” a Nintendo representative told Kotaku in response to the defect.

“We are aware of recent reports that some Joy-Con controllers are not responding correctly. We want our consumers to have fun with Nintendo Switch, and if anything falls short of this goal we always encourage them to visit http://support.nintendo.com so we can help.”

Around the same time that the issues became apparent, Nintendo unveiled a new Switch model with increased battery life, however no information on whether the new system would prevent Joy Con drift was given.

Nintendo faces another Joy-Con lawsuit, this time in Canada

Nintendo gets hit with another Joy-Con lawsuit

Nintendo faces another lawsuit, this time by a mother and son duo

Nintendo insists joy-con drift issues are not "a real problem"

Nintendo could look at a solutions for Joy-Con drift issues