100 million fighters have been collected so far 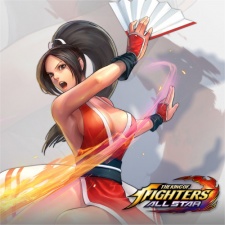 The game can be downloaded from both the App Store and Google Play in over 175 countries.

There are various modes available at launch including story mode, time attack mode, PVP and a real-time tournament mode

At launch there are 130 fighters available, the company has claimed more will be added over time.

“High-quality presentation, intense fighting gameplay, and stand-out characters are some of many reasons why THE KING OF FIGHTERS is popular with players. As KOF fans ourselves,” said Netmarble executive producer Shin Hwa Cho.

“We truly enjoyed working closely with SNK in creating The King Of Fighters Allstar, and we are eager to see how this game evolves with KOF over time.”

SNK game division studio producer Yasuyuki Oda added: “Netmarble is a fantastic partner to work with as their expertise on developing thrilling mobile games, and their reverence for The King Of Fighters franchise, resulted in a truly unique and fun way to experience KOF.”

“KOF and fighting game fans can look forward to taking their favourite characters on-the-go while new players can learn more about what makes KOF special with The King Of Fighters Allstar.”

Before launching worldwide, The King Of Fighters Allstar was the most downloaded title in both Japan and Korea.

In terms of revenue, the title was No.1 in the App Store and No.2 on Google Play in Korea. Meanwhile, it held seventh place in both stores in Japan.

At the time of the global launch, there are 14 million Korean and Japanese players - with a combined total of 100 million fighters collected.

There are several rewards to be had for pre-registration hitting one million users.

The game will be running several post-launch events such as the Special Gacha Event, Special Roulette Event, login bonuses and Festival Events.