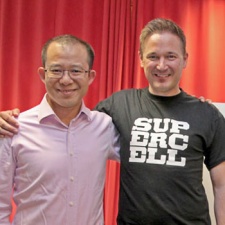 Given the industry often talks about ‘Tencent’s ownership of Supercell’, the news it’s slightly tweaked its shareholding in this regard may appear to be overly subtle.

Nevertheless, it’s worth running through the details.

The official line is that a Tencent-fronted consortium of mainly Chinese companies acquired 81.4 per cent of Supercell back in 2016.

Tencent was the prime mover of the deal but legally only had 50 per cent control of the consortium’s stock.

Now, however, as reported by Caixin Global, Tencent now has upped this stake to 51.2 per cent.

In many respects, the change is irrelevant as previously the consortium was always a rubber stamp for anything the world’s largest gaming company wants to do. But now Tencent has underlined this status with majority control.

The move came as Tencent acquired 44,000 more shares made available under a $40 million convertible bond and so may have been part of an operational process rather than anything more symbolic.