The power of Switch Lite 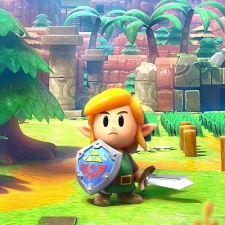 Nintendo has revealed that hardware sales for the Nintendo Switch have now reached 41.7 units in less than three years of launch.

The figures were made public through the company’s financial results for the six months ended on September 30th, 2019.

3.8 million units were sold over the previous quarter with 1.95 million of that number originated from the Nintendo Switch Lite.

This is even more impressive when you consider the system only launched on September 20th.

Operating profit for the period grew to ¥94 billion ($870 million), showing an increase of 53 per cent.

Previously, software numbers were confirmed at 210.13 units meaning over 35 million games were sold during the last period.

Standouts from the top 10 go to Mario Kart 8 Deluxe which is close to passing the 20 million mark and The Legend of Zelda: Link’s Awakening which sold 3.13 million copies in only 11 days.

Though it failed to crack the top 10, Fire Emblem: Three Houses sold 2.29 million copies since its launch in July. The number of Nintendo Switch titles to officially pass one million sales during the financial year has now risen to 11 - including third-party titles.

Revenue made through the company’s mobile releases over the six month period were reported at ¥20 billion ($184 million), representing an increase of six per cent year-on-year.

Nintendo confirmed it would continue to “focus on efforts” towards its two most recent games on the platform - Mario Kart Tour and Dr. Mario World - alongside existing applications.