It has five titles set for a 2020 release 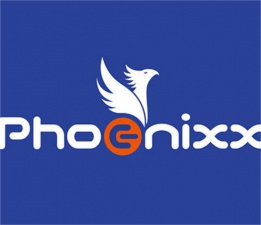 A new Japanese multiplatform publisher called Phoenixx has set up shop in Tokyo.

As announced by the firm - translated via Gematsu - it aims to aid Japanese companies in getting their games to the West. Alongside that, it wants to bring games to Japan from developers outside the country.

The new company claimed its goal is "to inspire and nurture the human spirit - one creator, one game, and one neighbourhood at a time."

Currently, Phoenixx has five games in the works, one of which is exclusive to mobile devices, entitled Smash Hockey.

The flick battle action game - developed by I From Japan - is set to hit iOS and Android devices in North America in March. However, the free-to-play title will not be available in Japan until Summer 2020.

On top of its mobile-only title, Phoenixx will be publishing games on the Nintendo Switch and all other major platforms. Some of its games were planned to be published by Sony's multiplatform indies label Unties, but Phoenixx appears to have acquired the publishing rights instead.

Unties was established in October 2017 and has published several titles across multiple platforms since. It is unclear why some developers have jumped ship to Phoenixx.