Nexon reverts publishing rights outside of Asia to the developer 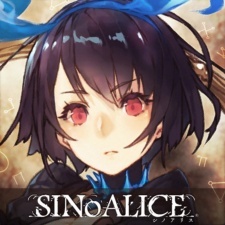 Fantasy RPG SINoALICE will come to mobile devices in the West later this year.

As reported by Gematsu, the game will hit both iOS and Android devices on July 1st. Publishing rights for the region have been given to Pokelabo, the original developer.

The game itself is a collaboration between Pokelabo and Square Enix, with Nier creator Yoko Taro acting as its creative director.

To gear up for the launch of the game, Pokelabo has announced a global social media event which is being held across Twitter, Facebook and Instagram.

User interactions – liking and sharing – for each account will be counted. The first target is 30,000 interactions, with a reward of 100,000 gold in-game.

A new crossover with Square Enix's Nier: Automata has been announced. Users will play alongside known characters from Nier: Automata in a scenario penned by Taro.

SINoAlice was originally launched in Japan back in 2017, when it proved to be rather successful for Pokelabo parent company GREE.