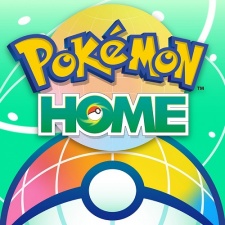 Pokémon Home has generated $5.5 million in revenue within its first six months of being live on mobile, according to Sensor Tower.

Players across iOS made up the majority of spending at $2.8 million, while Android users represented the remaining $2.7 million.

Within that same period, Pokémon Home amassed seven million installs. Google Play accounted for 4.5 million of that number, with the App Store picking up 2.5 million downloads.

Launched on February 12th 2020, the cloud service software allows Trainers to transfer their Pokémon between Pokémon GO and several of the newest entries into the mainline series, such as Let's Go Pikachu/Eevee and Pokémon Sword and Shield.

The US placed first for both downloads and revenue at 1.8 million and $2.2 million respectively. Following this, was Japan which ranked in second with 1.2 million installs and $1.7 million in player spending respectively. The third spot was then shared by the UK (1.7 million downloads) and Brazil ($218,000).

Pokémon Home players across the US once again topped downloads at 736,000, followed by Japan at 497,000 and the UK at 127,000. Revenue was identically placed with the US accounted for $1.3 million of the overall figure.

It's worth noting that alongside iOS and Android, Pokémon Home can also be downloaded on Nintendo Switch, though that data is not reflected here.

Niantic's worldwide catch 'em all Pokémon GO recently celebrated its fourth anniversary with data and revenue for the AR game showing that it's still flying high all these years later.