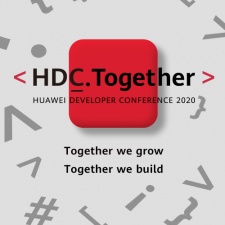 Phone manufacturer and tech business Huawei hosted its annual Huawei Developer Conference 2020 (Together) at its Shongshan Lake headquarters last week, with keynotes, announcements, developers and partners all presenting over the three-day online event.

Following the company's first digital showcase earlier this year - that accumulated more than 10 million people on its opening day alone - HDC 2020 (Together) took place from September 10th to 12th and showcased the firm's vision, mission and values.

Vision - "Bring digital to every person, home and organisation for a fully connected, intelligent world".

Mission - "Connecting all people, homes, and organisations that are still offline".

During the conference, Huawei committed to its HMS (Huawei Mobile Services) application, stating that it believes HMS optimises the interaction between developers and consumers. HMS is a mobile alternative to GMS (Google Mobile Services), arriving on devices with AppGallery, and 8 other HMS Apps.

Since launching, HMS has exceeded over 490 million monthly active users across 170 countries around the globe. Furthermore, HMS ecosystem has welcomed more than 1.8 million developers, and there are over 96,000 Apps that are integrated with HMS Core.

Huawei looks to challenge the status quo of the App Store and Google Play (30 per cent cut), offering more revenue share so that developers can utilise the funds to make the best gaming content available.

Further benefits include smart personalisation of platform content alongside "innovative" platform features. The prime example of this is Huawei Points, virtual currency used to spend on in-app purchases within the store. Additionally, users will receive unique gifts only available for Huawei customers as well as discounts and special offers customised personally for you.

The company's key goal is to stand as an alternative in games distribution, and not only bring more value to developers but consumers globally too. A secure network is part of this with the application undergoing "rigorous testing" with users able to access parental controls for children.

The AppGallery has exceeded 184 billion downloads in H1 2020. HMS Core, the company's developer service that makes login, payment and more, faster than ever, has been integrated into 81,000 titles and counting. With that, over 80 million games have been installed with a global monthly active user number of 490 million in Q2 2020, up from 420 million in the previous quarter.

Revenue is another metric on the rise. Total games revenue across all games on AppGallery has increased by 100 per cent year-over-year, while the number of paying players has continued to grow at 120 per cent over 2019.

Going forward, Huawei looks to evolve its HMS ecosystem further with more features and better integration. Naturally, more games are scheduled to arrive on the service throughout 2020, 2021 and beyond. Better monetisation is another key component as the company looks to make the platform better for developers.

There's also a key partnership in the works, with Huawei teaming up with Tencent to build a cloud games service that looks to rival the best on the market today. With cloud gaming becoming more and more lucrative, it will be fascinating to see how the Chinese tech veteran approaches the business.

HMS Core continues to progress with the release of version 5.0.0 rolling out in July 2020, with more updates due to arrive in future. On top of this, Huawei looks to build upon its hugely successful year so far, after being named the number one firm for smartphone shipment worldwide (Q2 2020) as well as the number one company in China for both wearable tech and smart watches (Q1 2020). All of this combined and it's fair to say that Huawei has no plans of slowing down anytime soon.

Head on over to the official AppGallery YouTube channel for the full HDC event, including speeches, tech sessions, and more.