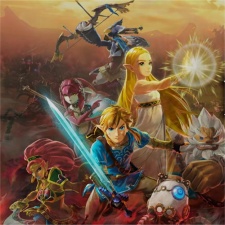 The news was confirmed in the company's fiscal year financial results ending on March 31st, 2021.

However, three million copies were sold within four days of Age of Calamity's release on November 20th.

The Legend of Zelda: Breath of the Wild sequel has also become the best-selling Warriors game in Koei Tecmo's library.

It has beaten the likes of Hyrule Warriors: Definitive Edition and Dynasty Warriors 4, the previous record holder with 2.2 million lifetime sales.

It is no surprise that Hyrule Warriors: Age of Calamity helped Koei Tecmo finish 2020 on a high.

The hack and slash title will likely continue to sell well, especially since an expansion pass was announced for the game as part of the February 2021 Nintendo showcase.