Expanding into the growing design category 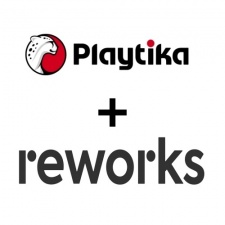 Playtika has purchased a majority share of Helsinki-based developer Reworks.

Israel-based Playtika has acquired 80 per cent of Reworks for $400 million in cash and will purchase the remaining 20 per cent based on the company’s EBITDA for 2022 for up to $200 million.

In the event that the earnings target is not exceeded, Playtika will be transferred the remaining 20 per cent for $1.

The acquisition is expected to contribute $30 million to Playtika’s revenue for 2021.

The move comes 18 months after Reworks’ launched its flagship title Redecor, which has grown to become the second-highest design entertainment app based on in-app purchase revenue, following behind Glu Mobile’s Design Home.

With the acquisition Playtika aim to increase its presence in Helsinki. This is the company’s second acquisition of a Helsinki-based company, following its acquisition of Best Fiends developer Seriously in 2019.

Playtika has plans to continue its merger and acquisition strategy with $1.4 billion in available liquidity.

"As the fragmented and historically offline market of home décor continues to expand onto digital channels, Reworks offers us a compelling opportunity to establish a leading presence in a category that clearly commands a lot of interest and will potentially serve as a foundation to enter further areas beyond traditional gaming," said Playtika co-founder, CEO, and chairman Robert Antokol.

Reworks co-founder and CEO Ilkka Teppo added: "In Redecor, we set out to build a leading entertainment product for the design community and are thrilled to be able to accelerate its growth with a partner like Playtika.

"Our strong creative capabilities complement Playtika’s expertise in technology and data, a match we think will be very beneficial to our future growth."