Currently playtesting in Indonesia and the Philippines 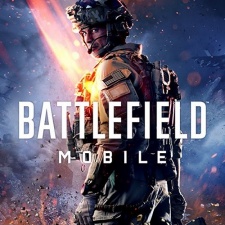 The listing provides a full description of the game alongside screenshots of several features that will appear.

In the game’s description, it reveals four available classes similar to prior games - Assault, Support, Medic, or Recom. Each class will include a number of class-specific equipment.

Additionally, players can select to play as War Heroes, characters who each come with their own background stories and drive a "unique narrative".

The game will also allow players to use vehicles such as tanks, as well as including environmental destruction, an iconic feature of the franchise.

The game was initially revealed in April, with DICE GM Oskar Gabrielson stating that it will be a "standalone game" specifically designed for mobile devices. As such, there will be no cross-play between non-mobile devices.

Battlefield Mobile will be free-to-play and include in-app purchases such as cosmetic items and a battle pass.

The game is currently being playtested on Android devices in Indonesia and the Philippines with more regions to come soon. The game is scheduled for a 2022 release.

You can see the full list of this year’s mobile game makers here.