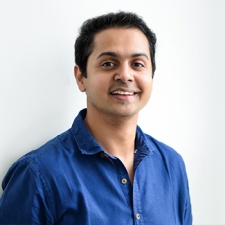 Nukebox Studios is known for the co-development of Spongebob: Krusty Cook-Off, as well as its own titles Food Truck Chef and Room Flip.

In a blog post, the developer stated that the new division will lead the firm’s development of play-to-earn titles and will focus on three audiences: players, earners, and investors.

The company has expressed that it wants to develop high-quality, long lasting games to combat the wave of "poorly-designed games" with "low user bases and unstable economies" that are currently available in the market.

The blockchain division will be led by Nukebox CEO Amit Hardi with support from Nukebox director of product Karan R. Gaikwad, who will lead the product initiatives.

"This launch marks a natural evolution of our strategy that will open up exciting new opportunities for growth," said Nukebox.

"We look forward to investing in new evergreen franchises and introducing new free-to-play-earn games while expanding our universe to capitalize on this space."

Nukebox has stated that it will be expanding its team to support the new division within the coming months.