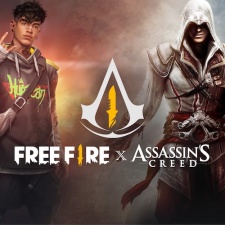 Garena has revealed that its offline esports tournament, Free Fire World Series (FFWS), will take place on Sentosa, an island off the southern coast of Singapore.

The tournament will begin on May 14 2022 with the finals being held on May 21 2022, featuring 22 teams that will battle against each other across six rounds.

Garena’s FFWS is the largest event held for the battle royale and takes place twice a year. In August, Garena announced the cancellation of the event that was due to take place in November 2021, citing concerns around COVID-19.

Free Fire Producer Harold Teo recently spoke to PG.biz on how a mobile-first approach and understanding the needs of players has kept the game popular for the past four years.

Recently, Krafton has launched a legal case against Garena, alongside Apple, Google, and Youtube, regarding copyright infringement. The PUBG developer has alleged that Free Fire has copied multiple PUBG features and is demanding that the app be removed and that $150,000 in damages is paid per infringement.