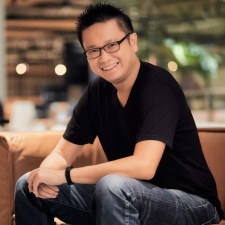 Founded in 2020 by Singtel, Advanced Info Services (AIS), and SK Telecom, Storms has both a mobile games development and publishing arm, with a focus on casual and hypercasual titles.

In 2021, Storms generated approximately $3.05 million (SGD $4.1 million) in revenue, representing an increase of 1,400 per cent over the previous year.

Going forward, Storms will continue to operate its own brand and retain its team whilst iCandy will focus on scaling its games services to Singel, AIS, and SK Telecom users. Additionally, Storms’ management team will join the existing iCandy management team.

"At the same time, this acquisition strengthens Storms’ ability to be a trailblazer in delivering more fun to the gaming community through efficient game development time and at scale."

Singtel Group CCO and chairman of Storm's board Lim Cheng Cheng added: "“We are looking forward to partnering with iCandy as it develops its metaverse gaming ambition. This will further our collective strategy to better serve our respective customers with unique and engaging content."

Current Storms shareholders have the option to sell the remaining 49 per cent stake within an "agreed period of time".