Looking ahead at upcoming games pipeline in 2022 to boost revenue 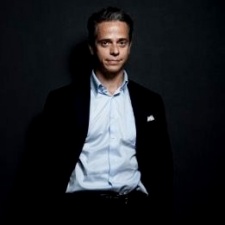 Nexon has revealed its financial results for the financial year ending December 31 2021.

The firm reported its revenues were down 6.1 per cent to ¥274 billion (approximately $2.4 billion). The firm stated that the slight decline in revenue is due to a "challenging comparison" with the previous financial years.

Nexon indicated that revenue decreases were seen in China, North America, and Europe, whereas revenue remained flat in Korea, Japan, and its other interational operations.

"2021 was a year of building and investment – we focused on building new franchises while improving our existing Virtual Worlds," said Nexon president and CEO Owen Mahoney.

"In China, we brought in new creative leadership on Dungeon & Fighter and scaled back our monetisation strategy while we rebuild engagement with new content. In Korea, we worked on solidifying relationships with players ahead of another period of dynamic growth. In both cases, the work we’ve done in 2021 and the first quarter of 2022, is expected to re-energize growth in the rest of the year.

"2021 is behind us now and we are in a countdown to the biggest year of new releases in our company history, including three major new Virtual Worlds.

"The launch of three new Virtual Worlds, layered onto the consistent revenue from our existing games, will position us to exit 2022 with a step-change improvement to our long-term growth trajectory."

Going forward, Nexon is looking at its pipeline of upcoming games which it claims to be its biggest year of new releases, with upcoming titles including ARC Raiders and KartRider: Drift.

To start, Nexon revealed earlier this week that it is launching Dungeon & Fighter in South Korea on March 24, expanding the game’s audience outside of China.