Will "aggressively" hire talent in the Web3 space 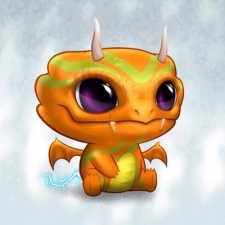 The Ethlas metaverse is a free-to-play, play-to-earn platform acessible from mobile phone browsers and PC by linking a MetaMask cryptocurrency wallet. The firm has stated that users can "win and encash" cryptocurrency through the participation in "simple, easily-understood casual games".

Ethlas, which launched in November 2021, is headquartered in Singapore and has offices in the US and the Philippines. Within its first two months of launch, Ethlas accumulated over three million gameplays and had over 100,000 unique wallet IDs to its gamepage.

With the funding, Ethlas has stated that it will "aggressively" hire tech talent in the Web3 space to expand its offerings.

The blockchain startup has four founding members, including Gennady 'Ari' Medvinsky and Elston Sam, who have worked for leading tech companies, such as Google, Microsoft, Grab, and Airbnb. Ethlas has stated that the identities of the other two founding members will be revealed in "due course".

"The unique value proposition of Komo NFTs is that they do not only function as game passes on Ethlas granting players special access to games and features, they are also asset-backed NFTs, which consist of staked tokens wrapped as an ERC-721 token that has recently started gaining popularity," said Elston Sam.

"Ethlas' Komo NFTs possess both intrinsic artistic as well as monetary value, thereby driving up their desirability as a piece of tradeable art. Most game NFTs do not provide such value as Komo."

Sequoia Capital India vice president Aakash Kapoor: "Consumer gaming platforms can amass millions of engaged players - combine that with asset ownership through NFTs and a crypto rewards layer, the network incentives fall back into the hands of the players. This is an immensely powerful flywheel.

"We also like that Ethlas is onboarding native gamers onto Web3 and that the team is hyper-focused on delivering a delightful gaming experience. We have been very impressed with the platform's rapid user adoption and high gamer engagement, suggesting strong future growth prospects."