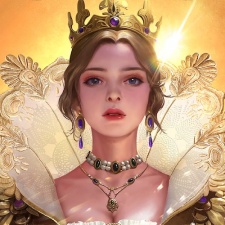 Flexion Mobile has revealed that it has partnered with Chinese mobile games developer ONEMT to distribute King’s Choice on alternative app stores.

Starting in Q2 2022, Flexion will distribute King’s Choice on the Amazon App Store and the Samsung Galaxy App Store.

According to ONEMT, in February 2022 King’s Choice generated over $3 million from Google Play alone. The game is also currently available on the App Store and Huawei’s AppGallery.

Flexion has stated that through the partnership it will be able to generate additional revenue and users for the mediaeval mobile RPG with "little upfront cost or work" required from ONEMT.

"Flexion has been a trusted partner since 2018 when they first brought Rise of the Kings to
the alternative app stores," said ONEMT marketing director Dicky Wang.

"The Flexion team has the expertise, experience and technology for success on the alternative app stores that is unique and beyond expectation."

Additionally, Flexion has extended a previous partnership with ONEMT to continue publishing Rise of the Kings on alternative app stores for two more years.

Flexion Mobile CEO Jens Lauritzson added: "We’re delighted ONEMT is strengthening our partnership. Flexion averages around 10 per cent extra revenue for Android games we
distribute, but Rise of the Kings hit 30 per cent so our expectation is that King’s Choice will be a strong earner."

Earlier this month, Flexion revealed that Q4 2021 was the strongest in its company history with a 52 per cent revenue rise to $13.8 million. As more developers are seeking alternatives to the big two app stores, Flexion will likely see increasing numbers of partnerships throughout the rest of the year