Following discussions on NFTs and the metaverse 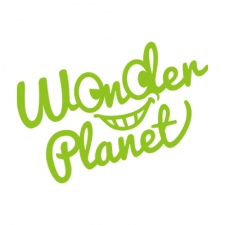 Based in Singapore, the subsidiary is planned to form in May this year following discussions regarding business development in areas like NFTs and metaverse.

This location was chosen due to its "favourable business environment", according to WonderPlanet.

The developer’s titles include Crash Fever and Valkyrie Anatomia: The Origin. Its smartphone games are already published overseas, and part of the reason for the new subsidiary being outside of Japan is to promote business development in blockchain games.

"We have been studying and discussing business development in these areas, both on our own and in collaboration with other companies," said the company in a statement.

"Through various studies and surveys conducted during this process, we have recognized the high potential for market growth in these areas. In particular, the penetration of these businesses among general consumers in overseas markets is progressing at a faster pace than in the Japanese market."

WonderPlanet will be the subsidiary’s complete shareholder. It is considering the establishment of a cooperative framework via business alliances, in addition to investments with game developers and blockchain companies. It is led by its founder and CEO Tomoki Tsunekawa.