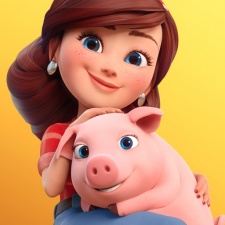 Zynga has revealed that it has released FarmVille 3 in Japan on the App Store and Google Play.

FarmVille 3 launched in the majority of countries worldwide on November 4 2021, but did not reach certain countries, including Japan. The release of the game in Japan brought with it all current and previously released content for the title.

"With millions of global downloads since its worldwide launch, FarmVille 3 will delight new players in Japan with the same fun and excitement that fans around the world have come to enjoy," said Zynga president of publishing Bernard Kim.

"We’re excited to welcome a new global audience to experience raising lovable animals in their own farm in one of Zynga’s most iconic franchises."

Quite often games are released in Japan and don’t see a release outside of the country and with such a high number of mobile gamers it is surprising that FarmVille 3 was not released in the country at launch.

Of course, in Japan Zynga is competing against the overwhelmingly popular midcore games market, which is currently dominated by other games such as Genshin Impact, Ume Musume Pretty Derby, and Fate/Grand Order, making it harder to break into.

However, elsewhere, three Zynga subsidiaries - Peak Games, Rollic Games, and Gram Games - are some of the highest-earning internet companies in Turkey. Each of these studios focuses on hypercasual and casual games which have proven greatly successful for the mobile games industry in the region.