This comes in spite of the continued success of Free Fire 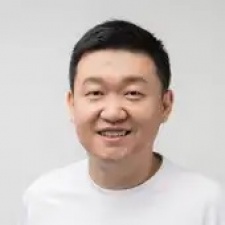 Singaporean company Sea Limited has released its quarterly report and, while the company saw a 17.1 per cent increase in gross revenue and a 29 per cent in revenue, the performance of its digital entertainment branch, Garena, has seen declines in every major metric.

According to the company’s quarterly report, released today, revenue for Garena decreased almost 10 per cent year on year, from $1 billion to $900.3 billion. Bookings saw an even sharper decline, with the company reporting $717 million compared to $1.2 billion for the 2Q21 – approximately 40.25 per cent.

Although the company has seen declines year on year, it's worth noting again that the mobile gaming industry saw a considerable boom during the pandemic, and that this decline is being seen as representing a normalisation in the market , and has been observed with other companies.

Garena continued to see massive success with its flagship title, Free Fire. The title was Q2’s most downloaded game worldwide and ranked third highest by average monthly active users on the Google Store. The game once again proved to be a particularly strong performer in Latin America and Southeast Asia, where it maintained its status as the highest-grossing mobile game for the twelfth consecutive quarter.

Despite the decline in key metrics such as revenue and quarterly active users year-on-year, the company isn’t worried about the performance of this branch of the company. In a statement, chairman and group CEO Forrest Li stated: "For Garena, quarterly active users were stable quarter-on-quarter. This positive outcome was a result of our efforts around user retention to serve our large games community through more engaging experiences."

"We will continue to focus on user engagement around our existing franchises, especially Free Fire. Indeed, we are encouraged by Free Fire retaining its top-ranking position as the highest grossing mobile game in Southeast Asia and Latin America during the quarter based on data.ai."

Last year, we ranked Garena as number two in our list of the year's top 50 mobile game makers. We'll be releasing our list for 2022 later this month.