The company generated $511 million in revenue in Q3 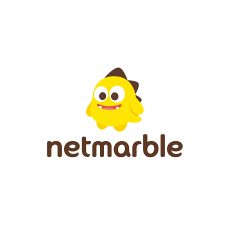 Netmarble has released its financial report for the third quarter of 2022, showcasing the company’s strong performance over the period.

Despite this, EBITDA stood at $15.45 million, a decrease from $16.2 million in the previous quarter. Netmarble attributes this to aone-off severance payment to Jam City.

Casual games made up the largest proportion of revenue for the quarter at 47 percent, on par with the previous quarter. Although this represents a fall of one percent from the peak in Q1 2022, this remains significantly higher than a year ago, when the company’s casual portfolio attributed 27 percent of the total revenue. This suggests that Netmarble is the latest company to avoid the industry trend of decline as markets normalise following the pandemic.

No contest for Marvel

Marvel: Contest of Champions was the largest single contributor to the company’s revenue for the quarter, generating 11 percent of the total. This was followed by Cash Frenzy, Ni no Kuni: Cross Worlds, Jackpot World, and Lotsa Slots at 8 percent each.
83 percent of the company’s revenue for the quarter ($425.8 billion) came from overseas sources. This represents a slight dip from 85 percent in Q2. Netmarble attribute this, in part, to the volatile global market and fluctuating exchange rates.

North America represents the single sole market at 48 percent, followed by Korea at 17 percent and Europe at 13 percent. Part of this can be attributed to the presence of several games based on existing IPs within the company’s portfolio. Marvel in particular is one of the most renowned entertainment brands in history, and the Ni no Kuni franchise has also seen massive success worldwide. The recent explosion of Korean media in recent years, including boy band BTS topping charts worldwide, could also be a factor in Netmarble’s continued success.

In July, we reported that three quarters of South Koreans play video games, with mobile leading the pack at 59 percent.