Pixelberry's CEO on the start of an idea 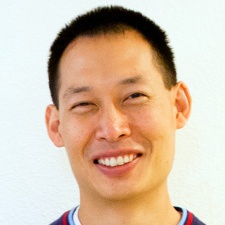 I wish I could say that Pixelberry's unusual journey with social education was planned from the beginning. But it wasn't.

Instead it was the result of fear, tragedy and timing. Somehow each one of those elements came together to spark an idea for a feature in our game that would deeply affect and empower our studio.

The seeds for my studio's foray into social education were first planted when I was 7-years-old. That's when I was first bullied.

It all began when I first earned the right to walk back home on my own. I loved how grown up it made me feel. Unfortunately, a few days later, two 5th graders latched onto the opportunity to walk with me and tease me about my last name.

Every day, I'd hear chants of "Meow, meow, meow" followed by the tap dance of a cat food commercial. Sometimes, they'd put their fingers up to their eyes and pull to make them look slanted.

I never told an adult about the bullying. I was too scared that they wouldn't be able to do enough.

I'd hold back tears until the bullies reached their own streets and then run home to cry at home. Eventually, my mom taught me how to laugh at myself. If I joked about my last name first, it took power away from the bullies and co-opted their teasing.

But it was a tough lesson to learn for a little kid.

Laughing at myself worked, until I reached 7th grade. My Spanish teacher was often late to class and the biggest 8th grader in the class would use that opportunity to pick on me – the small, nerdy kid in class. He'd pick me up and dangle me upside down over a trash can. Or wrap his arm around me in a choke hold. I always felt like I was just one bad moment away from death.

I never told an adult about the bullying. I was too scared that they wouldn't be able to do enough. I was scared that any punishment would cause my bully's inner rage to bloom beyond self control. That he'd retaliate one last and final time.

Finally, after many months, the class ended and he graduated. I never saw my bully again.

As the years passed, I tried to forget that I had been bullied. Instead, I focused on making new memories from the fun of college, the adventures of game development, and starting my own family. But apparently, my memories of being bullied were just waiting for a catalyst before they resurfaced in my life.

One afternoon, a month and a half after we had launched High School Story, I took a break to catch up on news. I read two stories that really resonated with me.

The first talked about Rebecca Sedwick, a twelve year old girl from Lakeland, Florida. She committed suicide after a year and a half of being cyberbullied. The article described a girl who lost her self esteem after being bombarded with hateful messages from other teens.

The second was an article about Audrie Potts , a local Bay Area girl, who committed suicide after being cyberbullied and humiliated after passing out at a party. Like me, she was too ashamed, embarrassed, or fearful to turn to an adult for help.

The fear from my past heightened my reaction to these two tragedies. I understood a small part of the fear and shame they might have felt. But where my humiliation was confined to just a part of the day, technology allowed these two girls to be bullied nonstop.

But I realized that technology could also help address the problem so that future tragedies could be avoided.

Timing and the plan

I had come across the tragic stories of these two girls at the exact time that our game had taken off.

With over 2 million downloads already, High School Story gave our studio a platform to reach teens. We could use our game to teach players what to do if they or their friends were being cyberbullied. We could also help bullies better understand how their actions affected others.

I shared my idea with the rest of the team. Other stories of bullying came out. It was a topic that our team had a strong personal connection to. Ideas started flowing for a story we could incorporate in our game.

We decided that we could put our plans for academic education on hold and first tackle cyberbullying.

We quickly realized that it would be best for us to partner with experts on the topic. We sent cold emails to university researchers and other experts in the field. I tried cold calling non-profits. We thought 2.5 million downloads in 2 months and a top 50 game on iOS would help open doors.

But no one cared. I think the idea of a game teaching teens about cyberbullying was too foreign to non-profits. It was frustrating that we had such a great platform for reaching teens, but that we weren't being taken seriously.

In parallel, our writers had done their own research on cyberbullying and they had crafted an impactful cyberbullying storyline around a new character, Hope, the younger sister of one of our main characters.

Our cyberbullying quest would teach players the importance of not retaliating, of documenting any texts and emails, of reporting any harassment to site administrators, and most importantly of talking to an adult about the problem.

Without a non-profit partner, we decided that we would have to do this on our own. We would not have an expert to legitimize the message we were teaching, but we really believed that High School Story had the power to connect and reach teens.

What we could not have realized was that just around the corner lay an extremely stressful week - one that would show us just how powerful games could be.

Next: How High School Story saved a life.