We take a look at the recent, messy past of game engines 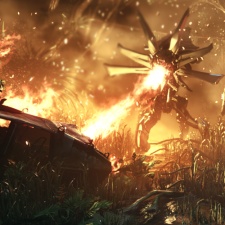 Game engines are in a race to the bottom.

It's been happening for a while now. It all kicked off with Unity's quest to democratise game development for the masses.

A journey that started in earnest 11 years ago in 2005. It’s a mission it has arguably already completed, but it’s still chasing even more users.

And then there was also Cocos2d and Cocos3d, free and open source frameworks for game development

To compete, a whole bunch of other contenders, old and new, have gradually entered the space or shaken up their old business models to suit a new era. A challenge made more difficult by Unity's recent $181 million funding round.

With the barriers to releasing a game coming down over time, and more developers working on their own or in small teams, a new kind of developer audience for tech has emerged. And with them, they've pulled down the costs of development.

And it's great. What a fantastic industry where almost anyone can make a game to be enjoyed by thousands or even millions of people.

But it comes with a natural downside that comes from progress. Something's got to give, and it already has.

The release of Unity and the launch of the App Store helped kick things off in the race to the bottom.

But the real tipping off point started back at GDC 2014 when Epic dramatically changed the Unreal Engine licence and gave it a $19 a month subscription fee, plus a 5% royalty fee on gross revenue.

Crytek wasn't far behind. At that same event it announced its own subscription model that would cost developers $10 a month – although it wouldn't be taking 5% in gross revenue.

Around this time, YoYo Games also made GameMaker: Studio free. (YoYo Games was bought by gambling tools outfit PlayTech in February 2015 for $16.4 million).

Then something almost unthinkable – at the very least surprising – happened. Crytek got caught up in dire financial straits in 2014. It was eventually pulled out of this mess by a mysterious benefactor and multi-million dollar deal.

It was later discovered that one of the biggest multinationals in the world, Amazon, had entered the game engine space by purchasing the rights to use CryEngine for its own ends.

It was a deal that Kotaku said could be worth between $50 million to $70 million – and was enough to save Crytek and CryEngine, though unfortunately not its Nottingham studio.

In February 2016 Amazon announced the Lumberyard engine. It was completely free of subscription and royalty fees.

But where did that leave CryEngine, a tech notorious for lacking key documentation and now with a money-rich company that could afford greater developer support? It was quite the bind for Crytek.

Its solution to compete again with both itself and its rivals? To give the engine away completely for free, relying on the generous support of the industry in a pay-what-you-want deal.

That can’t be the ideal or healthy way to run the CryEngine business for third-party studios. Crytek may develop it for its own games, but it can't reliably support third-parties on voluntary donations.

Then we go back slightly to GDC 2015. Epic nixed the subscription fee for Unreal Engine 4 and now gives it away for free (and that not insignificant 5% royalty fee on gross revenue). It's an engine on which its predecessor had powered blockbusters like Mass Effect and Gears of War.

Now this year, Unity changed things once again. The Personal licence now gets you access to the full game engine for free (up to $100,000 in annual gross revenue), while Plus and Pro include those other services such as Analytics and Cloud Build.

Perk CEO Ted Hastings said it had been investing in excess of $1 million every three months in Corona Labs.

It’s all "healthy" competition. It's all natural progress, companies rise and fall all the time, and the games tech industry has been in a period of consolidation. But you need to watch yourself out there.

The last year and more has seen scars.

US tech start-up MaxPlay, that took $17 million funding to work on a cloud-based game engine referred to as the "Google Docs for game development" has laid off most of its staff its tech got out of closed beta.

MaxPlay CEO Sinjin Bain told Venturebeat it was not a competition issue but a funding problem - it needed more money. But it's hard to think those investors weren't shaken by what they're seeing from competitors. The tech may still find some life through licensing deals, however.

In September 2016, Perk sold Corona Labs to its own CEO. This was after it had purchased the company for $2.3 million in December 2015 from Fuse Powered, which had acquired Corona Labs in November 2014.

Perk CEO Ted Hastings said it had been investing in excess of $1 million every three months in Corona Labs to keep it running. It decided to move this investment elsewhere in its business.

In September 2016, Marmalade said it would be shutting down its game development platform. The final release will come in March 2017. Thankfully for some, developers can purchase a Source Edition of the Marmalade development tool so they can make alterations after the company ceases support.

And at the start of 2016, Havok closed its free mobile game engine Project Anarchy.

All that was just this year.

Winding back further, Shiva game engine maker Stonetrip found itself in trouble in 2013 and went into liquidation. It later re-emerged as Shiva and has slowly been working toward Shiva 2, now finally in beta, years and a new company after it was first announced.

Remember BlitzTech? It went down with Blitz Games Studios. The Havok Vision Engine? Havok seems more focused on its suite of Physics, Cloth, Destruction and AI tools these days (it was acquired by Microsoft from Intel in October 2015).

And Gamebase, whose Gamebryo engine powered titles like El Shaddai, Epic Mickey and LEGO Universe has gone quiet. As has its Reach3dx engine announced in 2014.

Then there was Terminal Reality’s Star Wars: Kinect and Ghostbusters: The Video Game engine Infernal, which is no longer available after the studio's closure at the end of 2013.

And good luck licensing BigWorld after Wargaming’s acquisition of BigWorld – the engine powering World of Tanks - for $45 million in 2012.

As bigger players get involved and drive costs down to zero – developers need to be vigilant.

Going even further back, remember RenderWare?

Watch yourself out there

There are still a plethora of game engines and frameworks around, of course. As well as those already mentioned, there's Buildbox, GameSalad and App Game Kit, to name a few.

But for many companies now, the game engine is part of a wider package. You get their game engine free, and the in-app purchases are the extra services that surround it, like Unity Cloud Build or Amazon Web Services.

And as bigger and bigger players get involved in the highly competitive engine space and drive costs down to zero – developers need to be vigilant.

CryEngine could easily have gone out of business. And in such a highly competitive space, don't be surprised if another big company either goes under or suddenly decides to pull the plug on its game engine because it has bigger fish to fry.

Developers need to think more carefully than ever when picking their game engine of choice. And that's not just whether the engine is right for the game and the team, if the costs fit with the business plan, useful upcoming features, etc.

You need to ask yourself – how long will this game engine be around? Will this engine get the same updates and support for the foreseeable future? Will it even be around in two to three years from now?

The game engine space is full of scars from the last few years. More are yet to come.

Reply
Oleg Pridiuk
There may be another angle to the engine choice. When the engine is made by a company that makes this game engine and does not really make games, it relies only on the feedback of the dev community to develop the engine. Is it good or bad? Well, imagine the game engine has millions of users with each having own opinion on where the engine should develop. Please them all! Or else...

Now imagine a company is focused on making games, this is their main business. Then they go and share their internal technology for free with the industry. Such engine would be driven by features needed to ship games that would top the charts. As platforms, app stores and game distribution channels evolve so fast, it is crucial that the feature list of the game engine is prioritised by the "actually allows me to ship" approach.

Reply
Syed Imran Co-Founder, Games Producer, Principal 3d Artist at Galassia Studios
It's all about the community. Unity and UE4 have an established community and asset stores which you can use to get your ideas quickly off the ground. Hard to beat that kind of support. Maybe it is best to develop frameworks within the existing game engines so studios looking for a specific way to do stuff have a head start.
Posted 5 years, 8 months ago

Reply
C P Programmer
As history repeats itself, you might be interested in checking out Torque, the original democratizing game engine that came out in the early 2000s. It also had several owners, changes of direction, and different monetization models over time.

(It is now open source)
Posted 5 years, 8 months ago

Reply
Greg Quinn CEO/Lead Developer at Meltdown Interactive Media
I think the toughest task for any new game engine will be coming in fresh off the boat and having to compete with the likes of Unity and UE4 who both have established communities, tons of tutorials and being able to google and easily find an issue that someone else has posted about already.

In my opinion only a 'revolutationary' game engine with a fantastic pricing model would be able to make any headway into the current engine market in the next 5 years.
Posted 5 years, 8 months ago