Where have all the tower defence games gone?

With developers looking elsewhere, we take a look at whether the genre is dying off 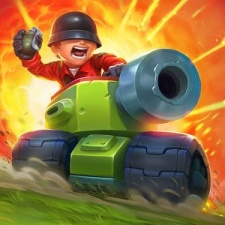 But now, new tower defence games - particularly high-profile ones - are a rare thing indeed on mobile.

But rather than returning to the tower defence genre in which it made its name and enjoyed enormous success, it opted to make Plants vs. Zombies: Heroes - a collectible card game spin-off.

It appears that EA has little desire to return to tower defence either, with a now-removed FAQ section on the PvZ: Heroes website noting that "Players looking for new Tower Defense experiences can download PvZ 2".

And they did. The launch of Plants vs. Zombies: Heroes actually saw its tower defence predecessor enter the top 100 downloads for the first time since August 2015, as well as leaping ahead more than 100 places in the top grossing charts.

There's evident demand for tower defence games, then, but that doesn't seem to make developers any keener to make them.

There's demand for tower defence games, but that doen't make developers any keener to make them.

Another recent example of this is Subatomic Studios' December 2016 release Fieldrunners Attack!, the latest entry in a series that's lain dormant since 2012's Fieldrunners 2.

Fieldrunners Attack!, as the title suggests, isn't a traditional tower defence game. Instead, it's a base-building strategy game in the Clash of Clans mould, encompassing defensive strategy, but not exclusively.

It's also the first Fieldrunners game to adopt a free-to-play model, and it seems that this is the issue at the heart of tower defence's fall from grace.

All the iconic tower defence titles of the mobile era have been paid games, and it's easy to see why.

Based on a traditional level-by-level progression, with each stage its own uniquely designed challenge, traditional tower defence is necessarily a finite, yet replayable, experience.

This is simply not how free-to-play games function.

More important, though, is the fact that tower defence games - at least those in the vein of Kingdom Rush and Fieldrunners - have very little scope for an ongoing metagame of the kind necessary to sustain a successful free-to-play game.

Let's put it this way: in the same year Fieldrunners 2 was launched with its premium price point, Supercell established the blueprint with Clash of Clans for a mobile strategy hybrid that could capture the essence of both defensive and offensive strategy, wrapped in a layer of base-building.

Perhaps more importantly, it boasted unprecedented revenues and player engagement levels. From this perspective, with the formula (in broad strokes) a relatively easy one to replicate, it's no wonder that tower defence has fallen by the wayside while build and battlers dominate.

But not everybody is happy about that. A cursory glance at the reviews for Fieldrunners Attack! reveals a strain of negativity, particularly from series fans.

I expected this to be tower defence and have been profoundly disappointed.

“I expected this to be tower defence as in prior Fieldrunner [sic] games and have been profoundly disappointed,” reads one.

“Terrible game from what should of [sic] been a brilliant third instalment,” offers another. “[…] A cheap knock-off of [Clash of Clans].”

It's easy to sympathise with Subatomic and others in a similar position. It's moved with the market, at the same time alienating some of its core fans.

But early indication from App Annie is that the game's struggled to engage a new audience too, peaking at #605 in the US iPhone top-grossing charts soon after its December launch and languishing at #1,293 as of January 9th.

Free-to-play tower defence is possible, though, and one of the studios proving this is Outplay Entertainment.

"We want our players to experience the satisfaction of having made the right choices and obtaining victory," says the game's Producer Stefan Wittelsburger of designing F2P tower defence.

"As a free-to-play model, you need to consider elements that keep players engaged and offer an edge to beat the difficulty we’ve set up.

"Leveling up your towers and heroes, by adding additional RPG elements, ties in brilliantly with a free-to-play model, since you are able to provide elements that boost and build your progress."

But is the demand still there for tower defence?

"As we can see by our initial huge numbers, absolutely!" Wittelsburger enthuses.

Indeed, Castle Creeps TD racked up 1.5 million downloads over its launch weekend and is currently number one strategy game in 47 countries.

In the US iPhone grossing charts, it's been steadily growing since launch, currently sitting at a respectable #267.

The question, then, is whether the increasing move away from tower defence offers a greater opportunity for studios like Outplay to pursue it more aggressively.

"I think evolution of titles is incredibly interesting to see, and can lead to some pretty interesting mash-ups and sub genres," Outplay Designer Ross Stephens considers.

"I think for us, it has given a new scope to expand what the Creeps have to offer past Castle Creeps TD, and maybe given us that security to experiment within the game itself with features such as the Warlord mode levels."

Away from the crowd

The conclusion, then? As for why some developers are moving away from tower defence, it's a simple one - they believe they can make more money elsewhere.

That doesn't mean the genre is dead, however.

There has always been demand for tower defence, and now more than ever there's opportunity. Smaller studios would be shrewd to make the most of it.

And perhaps, after realising that build-and-battle and CCG aren't that easy to crack, studios like Subatomic and PopCap will join them.