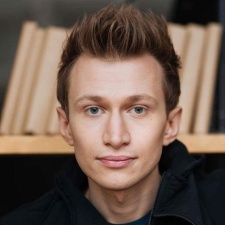 We recently held the first game concept design jam in our company and I want to share our experience.

The main idea was to push our own limits and foster the inner creativity of as many of our co-workers as possible - even those not involved in game design or who have zero coding skills.

Our COO, Igor Klyukin, was the one who offered to start the game jam format since it’s been shown to be a great approach to solving creative problems.

We didn’t create any prototypes. The main goal was to create a first impression of a game - like the one you get when you first see a game in an app store. So the result of the teams’ work was a concept page with some key art and a description. We then voted for the games we would want to launch.

After that, we showed the winning concepts to our marketing team to research and evaluate if these games could be successful on the market. And if they were, we would have started developing them. For real.

So why did we want all the company to participate in a game jam in the first place? Well, we think that working on ideas any of our employees can offer is beneficial for the company.

We’re trying to create an environment where diverse ideas can be cultivated and turned into real projects. Yes, we do love prototyping, testing and analysing; but creating an impression of a game at the concept stage is a whole new skill to learn.

Keep in mind that a great game idea can come to anyone, not just a game designer. That’s why we need to encourage an atmosphere in which any employee in the company can offer their ideas and thoughts.

A lot of things in our company have been accomplished because of such an atmosphere, from shifting from social to mobile games to buying a PS4 for our chillout space.

We kept the rules minimal: anyone could participate (we had 25 participating teams), no coding, no professional artwork (if there are no artists on the team), no setting or genre limitations, only five hours to brainstorm and create a fake mobile game page that would make people want to download it.

While some teams picked their teammates from different departments, others chose their closest co-workers that they’re already comfortable working with. So it was also a kind of drill for team making and organisational skills.

Most mobile games have one distinctive concept or gameplay feature they revolve around. That’s why we allowed using any screenshots, references, sketches and descriptions to give the desired impression and vibe.

This is what one of the concepts looked like:

THUNDERGODZ — The game where evil prevails and the player is the only force that it’s afraid of. But the main character is already bored after killing so many monsters, so now the player has to help destroy enemies even faster and more insidious than before.

It’s like Diablo meets Tony Hawk’s Pro Skater. You have two buttons: hit and jump plus hit. You can also jump on your enemies and ride them like a snowboard. Your speed is actually your health bar and the more damage you take the faster you should go. If you die, you don’t die for real, you just stand up and shake it off. That’s how rad you are. Sometimes you encounter bosses, sometimes the bosses are other players, and if it happens, you have to speed up as much as possible, hit them as hard as you can and collect the loot if you succeed.

After three-minute pitches all the teams voted for the games they liked based on whether they would download it from a real app store.

It was very important to us to choose the game people really loved as a winner, since there was a chance these exact people will have to work on it later.

We will keep most of the concepts we created a secret (for now), but so far we can tell that the finalists are an augmented reality shooter, a tactical PvP shooter and another interesting concept.

So if we picked up our winning concepts for further development, what’s next? How do we assess if the game will be as successful on the market as it was in the comfort of our office?

The answer is simple, we’ll create a page for the game in development and buy some traffic to see if it sparks some interest. Of course, we’ll have to create professional art and cop and have our marketing team work on the games’ pages and research the market segments these titles fall into.

Overall we think that our PixJam experiment was a success. We now have rheww new concepts we plan to test on people outside of the company with the help of our marketing team and, if the tests are successful, you may see a new game that started as a PixJam concept on the app stores in the near future.