Tero Kuittinen looks at the recent hot trends in the mobile space, and wonder where Finland's studios are 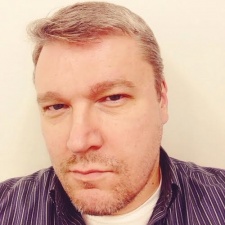 There is no country as tightly bound to the mobile games industry as Finland, where the success of local champions has become a totemic part of national identity.

At the same time as Nokia’s spectacular reign as global champion of the mobile phone market turned into a stunning collapse, a cluster of Finnish software companies took a decisive role in shaping the mobile app landscape.

Nokia’s Snake mobile phone game had been an astonishing success in 1997, triggering several waves of investment in mobile games industry, both before and after the 2001 tech crash.

When Apple’s iPhone took off internationally in 2008, Finnish companies were more than ready to dump Nokia’s star-crossed Symbian OS and leap to iOS.

In the summer of 2012, Supercell shocked the nascent mobile games industry by aggressively attacking the potential of the iPad games market by launching Hay Day and Clash of Clans within weeks of each other, yielding two multi-billion dollar games that would still be able to pop into US iOS top three grossing chart nearly six years later

In Christmas 2012, Finland was drunk on a heady new national narrative. Nokia’s 40 per cent share in the mobile handset market and 60 per cent grip of smartphone market were history and the Finnish consumer electronics industry was in ruins.

But hardware was passé anyway - the future belonged to mobile content. And there were 10-to-30 person teams in Finland capable of creating games that could hit $1 billion in annual sales or two billion download mark in a couple of years. Finland would be the global center of mobile gaming.

In the past two years, it has become clear something has gone awry.

And for years, the magic seemed real. By 2016, Finland had 250 games companies and the industry represented 0.5 per cent of the GDP. Finnish companies generated seven per cent of global mobile games revenue - a massive portion for a nation of six million.

Are the good times over?

Yet in the past two years, it has become clear something has gone awry. Rovio’s inability to keep Angry Birds relevant and find a strong monetisation groove is widely known.

But it’s also clear that Supercell has become torpid and unresponsive - Boom Beach fizzled out, several new titles were killed in the cradle and old champions are now fading with terrifying speed.

Major new updates of Hay Day and Clash of Clans are still able to boost those titles briefly into top three on the US iPhone sales chart. But just over a week ago, Helsinki woke up to the chilling realisation that there were no Finnish games on the US iPhone top 20 grossing chart.

Rovio kept title after title in US top 10 in 2010 to 2012 and Supercell routinely had two games in the top five sales chart between 2012 to 2017. But seismic changes in the mobile games industry are now upending the status quo so rapidly that the slow decay of Supercell is turning into a plunge.

The mobile games market is extremely slow to change, but undergoes radical upheavals periodically - such as the one we are witnessing right now. Formerly PC and console titles like Fortnite and PUBG have suddenly gained a lock on the US iPhone top two download positions over the past week, as Fortnite has parked at the number one slot on the grossing chart.

This is a major surprise, because deep, complex battle royale games were assumed to be an ill fit for mobile devices.

Over the past year, the US iOS downloads chart has been dominated by trifling quickie games by French publishers Voodoo and Ketchapp - familiar-seeming games designed to be learned in one minute and played 20 seconds at a time, proving that the mobile phone is best suited for the dumbest possible formats.

The sudden blockbuster success of Fortnite and to lesser extent PUBG has demonstrated that the mobile game market is not boring.

On the revenue side, half decade old titles from Helsinki and Stockholm retained their iron grip; there were some days when the only games on iPhone sales top 10 were Candy Crush variations and Supercell productions, dating back to 2012 design innovations.

The sudden blockbuster success of Fortnite and to lesser extent PUBG has demonstrated that the mobile game market is not boring - it’s the aging mobile games studios that have been unable to inject new blood and discover novel consumer behaviours.

What is fascinating about the situation is that we had a storm warning a year ago, when console-originated Pokemon GO blitzed the mobile apps charts and created a massive cultural phenomenon.

Until then, industry had assumed that both location-based and augmented reality infused games were commercial non-starters. The leading games studios of Scandinavia had dismissed the idea of developing games driven by these two concepts, just as they had ignored the growing popularity of the battle royale format in the console market.

The only two mobile games that have shown wider cultural impact over the past two years are these console game transplants - Pokemon and Fortnite.

The mobile games industry has become so incestuous and backward-looking it missed these two revolutions entirely. Finland and Sweden deserve the most blame because they drove the mobile game innovation and UX evolution so brilliantly back in 2010 to 2015.

Yet all that finesse and ingenuity now looks like the formal gardens of Versailles - a symbol of terminal decay as much as sophistication. The very success of multi-billion leviathans like Clans of Clans and Candy Crush ossified the Nordic games industry, leaving it as self-indulgent and risk-averse as Marie Thérèse de Lambelle.

The only two mobile games that have shown wider cultural impact over the past two years are these console game transplants.

Sweden’s slide into obscurity was obvious years ago as Minecraft failed to respond to the Roblox challenge and King got trapped inside its sterile Candy Crush kingdom.

Much of Stockholm’s games industry has devolved into a cultish devotion to quirky, indie paid app scene, which is now little more than a vestigial growth on the rump of the vast free apps market. There are days when all three of the US iPad top paid apps are Swedish - because the rest of the app industry abandoned the paid app model as obsolete years ago.

Finland seemed to remain more relevant - Supercell was still able to deliver a new blockbuster with interesting mechanics in 2016 when Clash Royale debuted.

Yet it’s now easy to see that Clash Royale belonged to the old generation of mobile games. It didn’t demand that consumers rethink the way they play games in the way Pokemon and Fortnite have done.

The sudden explosion of excitement around the completely fresh, multiplayer mayhem vibe of Fortnite is now cannibalising both Clash of Clans and Clash Royale brutally - the latter plunged out of US iPhone top 40 on April 11th.

The apps industry is a capricious beast. It can remain dormant for years, with the same couple of seemingly invincible games dominating sales charts.

But then it can shift rapidly and violently when consumers suddenly awaken to new possibilities. This happened in 2012 when new freemium monetisation models were perfected in Helsinki and Stockholm, abruptly shoving the paid apps industry to the trash heap of history.

We are now likely poised on another period of turmoil - augured by Pokemon and now hammered in by the Fortnite mania.

Can the Finnish game industry snap out of its current coma and respond with the same mad creative frenzy as it did in 2010 to 2012? Can any of the old mobile game studios find a radically new groove?

Or will the ancien regime continue being shellacked by PC/console transplants because it got lost inside its own hall of mirrors? We will find out soon enough. It is clear that an era is ending, one way or another.

This is misleading. Angry Birds 2 is the best monetizing game Rovio has - check the shareholders reports - numbers in there an dare staggering.
Posted 3 years, 9 months ago