The future of music gaming 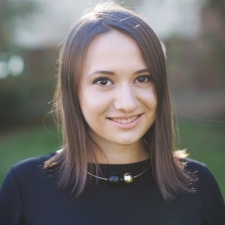 Perhaps the most intriguing aspect of music gaming is that it’s an extremely young genre.

Especially when you consider that we’ve been creating music throughout most of history and only recently started to embrace gamified music as a serious medium.

From as far back as the 8-bit era, music has always played a significant role in gaming, creating some of the most iconic pieces of music we’ve ever heard, such as, for example, the Mario soundtrack.

Signature soundtracks like this clearly demonstrated the power of music in gaming even before they became a central mechanic.

However, even with music in gaming receiving such recognition, the notion of gamified music wouldn’t become prevalent until much later. To discern how this change took place we need to examine key industry drivers.

What factors have driven music gaming to its current position?

We’ve analysed and broken these factors down into four categories that we call ‘industry drivers', the first being music gaming content. If people want music-focused content, then people are going to strive to develop it. In doing so this leads us to the second driver, which is peripherals.

Peripherals first saw use as a leading requirement for gameplay in music games. Let’s think about karaoke, possibly the best early example of music gaming involving a peripheral. Users hold a microphone and perform songs in a gamified music experience.

Music as gameplay changed because the industry began stepping away from music games that replicated instruments for creating melodies, or rhythms, as a control method.

Karaoke led to a whole range of peripheral-based games with various mechanics and gameplay. These changes to mechanics inspired a turning point in the industry leading to our next driver, gameplay.

Music as gameplay changed because the industry began stepping away from music games that replicated instruments for creating melodies, or rhythms, as a control method.

This compiled with advancing tech (our final driver) leads us close to where we are now. With music gaming being more accessible, requiring less peripheral use, mobile tech improving and faster internet connections being available music gaming was ready to take on a new foothold within the industry.

It’s here we arrive at Tap Tap Revenge, the first casual music game on mobile. A simple game where players touch coloured balls as they reach the bottom of the screen in time with the music.

This was the moment where music gaming evolved into what we see as one of the most significant stepping stones toward the future of the genre.

This step would result in the near elimination of peripherals, as now your mobile phone took the place of the peripheral allowing it to become the instrument or the tool to provide rhythm. This, in itself, would inspire mobile simulation (turning your phone into a guitar, a microphone or anything else you need it to be).

So, what comes next? To see the future, we need to examine the trends.

The current trends in the music gaming industry can be broken down into simplification, free play, collaboration, added value and tech novelties.

Users are looking to pick up, play and create music like an expert with minimal effort and dedication. Music games need to be suitable for total beginners as well as pros, giving the user the tools and freedom required to create something of an expert level while also offering an experience that’s enjoyable at all levels.

Music gaming offers a plethora of opportunities for cooperation and social interaction with artists and peers. Gismart’s current partnership with The Chainsmokers, through Beat Maker Go, allows users to create music using their hits.

Partnerships like this engage the user socially and promote interaction with music creators. Users can also interact with each other socially by using apps in tandem such as different instrument apps to collaborate on songs as a group.

Added value is what the user receives beyond the entertainment of merely playing the game. Music gaming promotes many educational benefits from improving rhythm skills to learning the fundamentals of playing a physical instrument.

This leads music gaming into new genres such as music edutainment (products designed to educate through entertainment).

As technologies improve, new applications for music gaming will become available. Take for example augmented reality: in WeDrum by Gismart we allow the user to create an AR drum kit to perform with generating a whole new 'peripheral-like' experience localised to the users mobile.

Music gaming is going to continue down its path embracing casual gaming and soon, with high probability, hyper-casual gaming. You can break each of these trends down into their likelihood and impact on the industry as seen below.

The future of music gaming points clearly towards following these trends. With proper analysis and understanding, it’s clear to see why it’s gravitating towards this direction and why it’s only going to keep gaining momentum as millions of new users are attracted daily.

Expect this momentum to continue as it becomes more accessible and diverse in its application as new, more versatile, technologies become available.

The future of music gaming is going to be loud, and you better be ready.