Why Apple Arcade is doomed to disappoint both players and developers 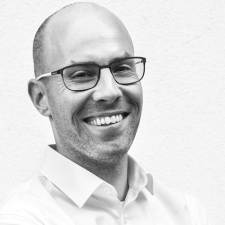 Peter Fodor is founder and CEO at AppAgent.

Apple made an announcement of a subscription service for premium games called Apple Arcade earlier this week and it left me with an expression of “WTF?” on my face.

In the business, timing plays a major role and Apple came late to the party. About five years late to be precise.

The global hits Clash of Clans and Candy Crush Saga were launched in 2012 and started the shift from premium to freemium. In just three years the market, charts, as well as the player’s appetite dramatically shifted towards free games with in-app purchases, and later ad monetisation.

Many companies rose to the top, many failed to make the transition. I know what I'm talking about, I was one of them who didn't manage the shift as a game developer.

Keeping up with the times

I started in mobile back in 2011, created eight apps and games for all possible platforms and reached 12 million downloads without any media budget.

Being a marketer and having a young family, I had to be truly creative to make a living off apps and games, and many of those were premium. I came up with tactics such as ad monetisation, which saved my company during Christmas 2012, successfully created a cross-promotion from desktop to mobile to drive massive downloads and revenues for another game, as well as built connections at Apple, Google, Microsoft and Amazon to get my titles featured.

So, why do I think that is Apple Arcade doomed to fail? I wasn't the only one who learned that the marketing of paid games on mobile is extremely difficult. And Apple's helping hand to indie devs with the Arcade subscription service isn't what solves the problem.

First, there are only a few premium-oriented studios left, mostly small shops or individual creators. The rest already migrated either to freemium, PC or VR gaming years ago.

That's a big issue as content is king and you need thousands of top-notch developers to create a lively marketplace to justify the monthly subscription fee.

Second, if you aren't in Apple's spotlight, your company has very limited opportunities to attract an audience - if you're not among the chosen ones, you're simply f***ed.

I've experienced this myself with games for Apple TV or apps for Apple Watch. Apple will provide only dozens of promotional slots so there definitely won't be space for every good game out there (and trust me, even great apps and games don't always get the spotlight). You either have strong connections or luck - and not everyone has those.

There are only a few premium-oriented studios left, mostly small shops or individual creators. The rest already migrated either to freemium, PC or VR gaming years ago.

Other marketing tactics which work for PC games, such as press coverage, community building or getting publicity through awards, simply don't work on mobile due to it having a very different gaming audience. And acquiring users for a game you have on a subscription-based platform doesn't make sense either - there will be always a massive drop off at the payment gate.

Talking gamers, it's better to call them 'users'. The majority of today's mobile players don't consider themselves gamers, even if they play 10 sessions a day and the overall time spent on games is higher than that of most hardcore console fans.

This new generation, from kids to grandmas, are used to free games, while many of them have never paid for a game upfront.

They are not actively searching for new titles, they don't want to be part of any gaming community, they aren't following any developers and they don't get excited about new launches months in advance. The App Store isn't Steam and mobile casual gamers aren't like PC or console gamers.

All in all, the new platform is terribly off with its timing. I'm afraid Apple Arcade will end up like the Mac App Store - a dusty place with a couple of nice innovative games but definitely not a platform where players go regularly to discover hot new titles. Not to mention a place where they will pay a subscription fee.

Reply
David Joerg
The idea of Apple Arcade is to reinvent the business model for mid-core, not hypercasual. Apple's thesis is that there are mid-core gamers, and potential mid-core gamers, who are turned off by IAPs and ads.

Apple Arcade isn't aimed at hypercasuals. But the gaming market is bigger than hypercasual, isn't it? Anyone seen good stats/breakdown?
Posted 1 year, 9 months ago

Reply
Xavier Liard CEO at Playdigious
I am a bit skeptical to read this point of view from someone working on the F2P industry ;). One part I totally agree however is that, if you are not in the service, you are pretty much screwed and it is very dangerous. Basically let say that Apple Arcade becomes the standard, it would make no sense at all to work on a game if it can't be part of it. So basically and naturally Apple would decide which (Premium/Paid) game have the right to exist or not so they would be involved at early decision stage before the project started or close to this.

On the other side the Premium/Paid market is less than 0,5% of the mobile market so if Apple Arcade works it could be a game changer by reaching why not 3-5% of the market share. That would bring tons of opportunities especially for indies.

So now come the last issue I see: Apple focus on new games, it is great for creativity but is it really the games people want? What about the popular games like Minecraft etc (yes I know I am a litttle bit biased here).

To sum-up I think that Apple Arcade will "work" and it will be at the same time a threat and an opportunity for developers.
Posted 1 year, 10 months ago