A Thinking Ape, East Side Games, Monstercat... the list goes on 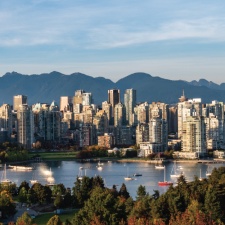 Vancouver will be represented by Vancouver Economic Commission and ten of the city's top gaming
studios – and attendees might be surprised to learn about the enthralling origin stories, industry-leading
output and immersive platforms shared by these globally leading studios. Let's meet them, shall we?

Founded by two former Amazon engineers who decided to strike out as a startup, A Thinking Ape went through many iterations before winning instant cred with Kingdoms at War. As the company grew, the founders decided they needed a fresh environment, one where world-class talent coexisted with engineering brilliance and creative focus; naturally, they chose Vancouver. Since moving to the coastal city, the company has produced multiple bestselling and featured apps available on App Store and Google Play.

Harnessing the power of play to deliver blockchain-based experiences, Dapper Labs is the mastermind behind cult favourites like "CryptoKitties", the world's most successful blockchain game. Recently, the company successfully raised $11 million in investor funding for Flow, a new blockchain that enables decentralized applications at scale. Next up: the launch of a highly anticipated new game, which will be unveiled the second week of January.

Makers of global hit "Trailer Park Boys: Greasy Money", which ranked in the top 100 games on App Store in 100 countries, East Side Games boasts an enviable corporate culture where every employee is granted an opportunity to pitch the next big idea. The company makes some of the best idle games in the business, tantalizing busy gamers and non-gamers alike with storylines that progress regardless of player interaction.

This self-funded studio's free-to-play games have established devoted gaming communities comprised of millions of players worldwide. Runaway hit "Mob Wars LCN" cemented Kano as a company that puts players first, with team members interacting directly with users to improve the gaming experience as quickly and efficiently as possible. Stay tuned for updates on FUBAR: Just Give'r, a new game in partnership with East Side Games launching January 8, 2020. The ambitious projects brings the mockumentary series from big screen to mobile for the first time.

LDRLY's enthralling cannabis games are marked by eye-popping graphics and engaging storylines. Beginning life as a sister business to East Side Games, LDRLY designs addictive green culture experiences like "Bud Farm: Idle Tycoon", featuring a family of stoners soliciting user help to save their home from a greedy billionaire.

Comprised of a group of entrepreneurs that manage an array of ventures in the gaming ecosystem, Ludare Games gained a dramatic fandom for "Men in Black: Global Invasion", a location-based augmented reality game based on the popular film franchise.

Independent EDM record label Monstercat is committed to connecting the music and gaming industries – and so far, the ambitious marriage has spawned success. By cultivating new tracks, producing and distributing online music, and managing video game streaming under the same umbrella, Monstercat has opened vast avenues for working more creatively and collaboratively in the gaming space.

One example is "Rocket League", whose soundtrack will never stagnate thanks to a strategic relationship between Monstercat and developer Psyonix – instead, the video game has become a vehicle for music discovery, and has simultaneously extended its lifespan.

Working in AR/VR, gaming and storybooks, Saturn Animation Studios has developed an expansive ecosystem that combines the magic of fairytales with the wonders of modern technology. The result is a rapidly expanding portfolio of interactive stories that bring families together, with parents and children immersed in familiar tales enhanced by augmented reality.

Recently announcing pre-orders for its first Nintendo Switch title "Snowboarding The Next Phase", Session Games has quietly built a lucrative portfolio of profitable titles. Among its many wins, the company built and manages the live operations of several Red Bull Media House games, which have collectively amassed 20 million downloads; and is finalizing the official alpine ski racing game of FIS Alpine Ski World Cup.

Founded by the award-winning creatives behind "Company of Heroes", Smoking Gun Interactive has developed an impressive array of original IP, AAA game concepts, mobile apps, console titles and immersive online experiences. Company highlights include the debut IP "Exoriare", a groundbreaking trans-media experience delivered as an online graphic novel attached to an alternate reality game; collaboration with NASA to bring the Mars Rover Landing to Xbox 360; and "Age of Empires: Castle Siege", one of the top grossing apps in the Windows Store since launch.

Nancy Basi from the Vancouver Economic Commission on esports potential