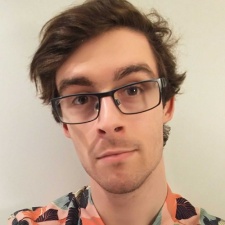 James Aiken: I'm a software developer at Clipwire Games. When I first started in my role nearly two years ago, I was the eighth employee at the company and the second member of the software development team.

I've gone from fixing bugs and minor updates to handling major updates, live ops, setting up and monitoring our third-party SDKs and writing a lot of our back-end systems.

In my time, I’'e gone from fixing bugs and minor updates to handling major updates, live ops, setting up and monitoring our third-party SDKs and writing a lot of our back-end systems. In addition to the hard skills required for this role, I'm also now involved in hiring and have the opportunity to lead training for new members, ensuring they understand how things work at Clipwire.

I've always been a gamer, and by the time I was 10 years old, I knew I wanted to work in games. I remember playing games like Quake II, Runescape, and World of Warcraft and being completely absorbed in the worlds I was playing in.

When I reached high school, I took computer science-based courses and started learning programming languages like Python, Turing, C Sharp, and C++. After high school, I went to Algonquin College in Ottawa, Ontario where I received an advanced diploma in game development. This degree provided me with real games experience in my final year, where I had the opportunity to work with, lead, and advise group mentors — skills that primed me for my role at Clipwire.

If you're interested in developing for games, I don’t think you necessarily have to go to school for it. A lot of people who started in the games industry and ended up making waves because they just decided to go for it. In order to make it, they taught themselves without having any sort of background. If you have the passion, and really want to get a job in the field, the most important thing you can do is just go for it.

If you're adamant about going to school to be a software developer, I would recommend taking programming classes so you're familiar with as many languages as possible — for example, I was able to learn C Sharp, Unity, and Unreal. If you're on the artist side, you might want to consider taking classes to become familiar with 3D modelling and Photoshop.

There are so many paths you can take to find a home in games, and it's worthwhile to explore what you can if you're going to school with the intention of getting into the industry.

A lot of misconceptions revolve around the industry as a whole. I often speak to people who think getting into games is easy, or software development is an easy skill to learn.

From the outside looking in, if you see something that just works in a game it can be easy to assume that it's a simple mechanic to build. More often than not, it takes a lot of work on the back end to create a delightful experience, which is more than an outsider would (or should!) understand just by playing.

Most importantly, if you're passionate about games you need to stick to it, it's not always easy. The industry is still relatively new, which means it is constantly growing and changing.

First of all, newcomers should realise they need to be incredibly serious about this career path because while the road can be rewarding, it can be incredibly long. You will likely need to take extra time out of work or school to learn and focus on game-specific skills.

You need to seek out all possible information, which isn't always readily available in a quick Google search, so networking with other game developers, reading up on industry blogs, and keeping your coding skills up to par all matter here.

One specific example of this is when I was learning C Sharp, I had to do my own research and learn what else I'm capable of doing with this language. This research and education were born purely out of my own desire to take my skills to the next level.

I don't think this shift has really impacted me or my work in any major way. My workload hasn't changed but I'm not using the exact same hardware as I normally do at the office. The biggest impact I've noticed has been in communication with the team, which is dramatically different.

You can't just turn around or walk over to someone's desk to help them. Now it's more direct messaging channels or determining when it's worthwhile to get on a call with someone so that you're not spending all your time trying to do a simple task in writing. Trying to decipher what someone is trying to say over text is a little more difficult.

A month before the shelter in place orders began, I moved to Toronto to minimise my commute, which had been four-to-five hours roundtrip a day. The shift to working from home hasn't been as drastic as that transition.

One of the new processes we have implemented is a daily kick-off call with the team, which sets the stage for what people's focus will be for the day. Overall, my day hasn't significantly changed from working at the office, with meetings are just conducted over video instead of in-person.

When you can't go out and see friends and family it's important to make plans to communicate with people outside of work.

A big advantage for some is the ability to work in a comfortable environment, like their home and not have to deal with commuting.

As for disadvantages, some may not have the same tools available that they would in an office. Additionally, you have to be mindful about separating work from home, now that they take place in the same space.

I think the biggest thing I wish I had known was that the shelter in place orders was going to go into effect. As I mentioned before, I recently moved and if I knew I was going to work from home I would have stayed in my previous location to save some money.

On the other hand, I wish I had a better understanding of what software I used every day that isn't readily available on my current setup. Luckily, I have most of my core programs needed but there are still some pieces missing. I think this switch will make it so that companies will be more prepared to equip employees to work from home in the future.

Everyone needs to learn when to take a break. That's the biggest thing anyone is going to have to learn right now — even if it's just finding the time to get some fresh air or exercise. When you can't go out and see friends and family it's important to make plans to communicate with people outside of work.

This can also be translated to work interactions. If people on your team want to plan a session to play games together, or get on a call and have lunch together — you'll start to feel less like you're in your own bubble. Your co-workers are all people too and they want to keep those in-person connections that are missing, so don't hesitate to reach out.

I definitely plan to go back to the office once it's safe to do so — I moved to Toronto to be in the office. I personally would prefer to work in the office as it's generally better for communication and culture.

This is my first job out of school and it's been worthwhile and rewarding to see the growth of both the company and the games we create.

Growing up wanting to work in games and getting to live that reality has been thrilling, but it's important to take a step back and see what you've accomplished. My final advice to those who aspire to work in game is this: If you're passionate about it, you're going to have an amazing time.