The future of gaming with 5G 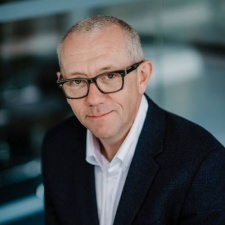 Jamie Jefferies is VP and GM, EMEA at Ciena.

The face of gaming has changed exponentially across the last few decades as new technology proliferates the market and more investments have been made to make gaming the booming industry it is today.

Although today's gamers interact with the virtual world of video games using complex controllers and consoles, their home computers or even just smartphones, the beginnings of gaming can be traced back to a simple joystick and monitor.

Some gamers were keen to capitalise on the YouTube and Twitch movement, with gaming pros now streaming as they play, and many have managed to make careers out of what was previously simply a hobby by monetising their channels on social media and other apps.

The UK has one of the most flourishing game developing ecosystems in the world, and with the UK gaming industry worth a record £5.7 billion to the economy in 2019, the sector is now considered one of the most internationally renowned and innovative.

So how will 5G impact on the gaming scene? Predictions are that it will turn it on its head. 5G's ultra-low latency and extremely fast speeds will enable new worlds for gamers to interact with like never before.

Considered the bane of any gamer's life online, video game lag – or slow response times in video games that often result from faulty network connectivity can mean the difference between victory and defeat for serious and casual gamers alike.

The promises of ultra-low latency and extremely rapid speeds of 5G should therefore whet the appetites of all gamers, by offering real-time action, meaning that a loss during a match will strictly be the result of user error or inability to complete a task rather than the result of network lag that can affect gameplay at the worst possible time.

Since 5G data will be sent from end-to-end at a faster rate while data storage and processing occur closer to the end-user (the gamer), the data has a shorter distance to travel, which further diminishes the chance of lag. This is thanks to Multi-access Edge Computing (MEC), which decentralises data processing from the data centre to the edge of the network.

Another exciting aspect of 5G in the gaming sphere will be the more interactive and immersive experiences that will come through the next generation of networks.

The gaming industry has evolved and will continue to do so, becoming more interactive, complex, social, and more real-time. This can range from multiplayer games with people competing against each other through to more augmented reality games which create a richer experience. We are also starting to see gamers interact and play with each other while live streaming an esports match.

All of these developments are placing greater pressure on the internet and there is a growing need to reduce lag. 5G will be pivotal to supporting this evolution and it will enable more users to connect, with the ability to handle more devices at the same time.

Physically, 5G will look a bit different from 4G, with small cells dotting the connectivity landscape as a result of 5G's higher frequency, which doesn't travel as well as 4G.

What exactly will these games look like? Some of them may look similar to concepts that have already been developed but will be executed in a more precise and efficient manner.

Location-based gaming like Pokémon Go is a good example of what we can expect in the future, as it represents the type of interconnected, interactive game that will be able to provide accurate locations within a 1 metre range with 5G, as opposed to 4G's 10 - 500 metre range.

The hassle of having to buy a new console periodically could also become a thing of the past with the proliferation of cloud-based gaming, allowing users to play directly off the cloud with ultra-low latency.

Not to be outshone, there's also something for the retro gamers too – cloud-based gaming will allow gamers to stream old games whenever and wherever they want, regardless of whether or not they own the console that the game was originally released on.

Networks of the future

These dreams can become a reality through super-fast, adaptive networks, with networks having evolved just as much as the video games themselves over the last twenty years.

In the early days of the internet, networks counted with fixed endpoints, whereas now, networks connect end-users to data centres, which have already made a dent in latency and network speeds.

If networks are up to the task, 5G will bring about a brand-new era in gaming – for both the serious competitor and the casual gamer

The networks of the future should bring connectivity even closer to end-users while supporting the massive volumes of data that will be brought about by gaming and other high-bandwidth applications like video streaming and the Internet of Things.

Ensuring that data gets from point A to point B will require data-driven software and analytics that can predict where faults could occur and fix them without the need for human intervention. Coherent technology that offers operators programmable speeds will ensure that gamers get their slice of the network pie without sacrificing other vital services or applications that are critical to gamers and non-gamers alike.

Gaming the future with 5G

If networks are up to the task, 5G will bring about a brand-new era in gaming – for both the serious competitor and the casual gamer. By eliminating occurrences of lag, gameplay will be smoother and allow for a much larger number of users, potentially making it even more of a communal activity than it already is.

Gamers of all levels will be able to choose from an ever-expanding variety of new platforms and adventures they can embark on in the virtual world, and developers will no longer be confined by existing network performance limitations, spurring creativity and opening up new avenues for what is possible.

As technology continues to advance, networks will become adaptive and developers can have a field day with 5G's potential. It wouldn't be an overstatement to say we could all become gamers of one sort or another once 5G makes landfall.