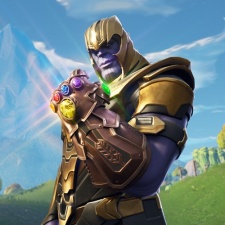 Glyn Fairweather is the game design analyst at Fundamentally Games. He is a game designer who has been focused on ‘Living Games’ since 2011, working with teams such as Jagex, Space Ape and Loveshark.

Designers and developers use and hear the word “Balance” all the time.

We feel we know instinctively what is meant by that word when someone uses it in the context of various games.

But do we really? To find out let’s start with a definition:

Balance as a concept is simple enough. The go-to image in our minds is a set of scales, objects placed on either side. If equilibrium is achieved, then we have achieved balance. This is balanced in the context of equality of mass.

But balance has other meanings. Physical, pseudo, and emotional meaning; multifaceted and dependant on context and subjectivity, as well as the audience preference and perception.

Who are you balancing for?

Of all the vectors to consider, the player experience should in the front of your mind as a designer.

It is too easy (and a mistake) to design games for ourselves, so balancing them for ourselves would be equally silly.

Whenever I talk about balance in a game, my mind is drawn to bath related metaphors/examples. They are a good example as they are a commonly understood concept and have baked in context for taps/drains.

The balance of water in a bath objectively is:

If the bath is full enough for a person to get in without causing overflow, and the temperature is warm enough to be comfortable, then is the bath balanced?

The answer depends on who the bath is for. My wife likes a very hot bath with lots of water in it. A three quarters filled bath at around 44 degrees Celsius (112 degrees Fahrenheit). Salts optional, candles mandatory. If the bath was to be too cold, the balance of hot/cold water is not correct.

Different players will have different expectations and opinions on what it means for your game to be balanced, with great variance.

This bath would not be balanced for my young child. He would get burnt in this bath. Though he would enjoy paddling in the depth of the water.

What we are introducing here is the subjective context of balance created by your audience. This is important to consider when you are balancing your game. Different players will have different expectations and opinions on what it means for your game to be balanced, with great variance.

Knowing your audience allows you to mitigate this to an extent, by having a kind of player in mind when you balance. The only question then is which player do you balance for?

Why are you balancing?

So, you know your game like the back of your GDD. You know the audience better than the guys in the marketing team. If there is a problem with balance in your game – you are ready and able to implement the best change to your game balance and delight your audience.

But have you stopped and asked yourself if you should? What is the impetus for this change?

Game balance is not just a phrase/concept used and understood in development. The players use it too. Perhaps you have been told by your players that there is a balancing issue in the game. Maybe players say something needs to be "buffed" (more power) or "nerfed" (less power).

Your first step as a designer is to assess that sentiment. Why do my players feel this way? What are the symptoms of the problem, what is the root cause?

The important thing here is to investigate before you act. It is very easy to make knee-jerk changes and swing the nerf bat around. Especially if there is a KPI that is being affected. But the designer needs to keep their cool, and find the right solution ...or maybe do nothing?

This is not a love letter to imbalance.

More of a reality check that imbalance within a greater state of balance is something that can be enjoyable. This is a matter of scale.

Street Fighter games are often held as strong examples of good and bad balancing. With characters regularly being adjusted and moving into and out of the dominant meta based on their current place in the tier list.

The initial process is believed to be that first, Ryu is created, perfect in every way. An all-rounder with a move set that can handle any situation, but not overly strong in one area.

The other characters are designed and balanced outward from there, with a soft counter/hard counter approach to create a collection of characters that all have key strengths and weaknesses that complement and play off other characters in engaging ways.

If a character in Street Fighter is crowned as being overpowered, the community will split into those who want a balanced game, and those who like to play the overpowered characters.

This is a thing you will see not just in competitive multiplayer, but also in co-op and single player. It’s a result of the player power fantasy and the desire to succeed.

What is most interesting is that when this kind of thing happens, the player meta often shifts to complement it.

Sticking with Street Fighter, if Zangief suddenly becomes the OP character, players will look for the right counter. Characters strong in ‘zoning’ such as Dhalsim, will now move up the rankings as they put the Flavour of the Month, Zangief, in his place. But is Dhalsim now overpowered?

Bath example: my son would have a great time in an imbalanced (deep) bath, assuming I was there as a hard counter.

"Perfectly balanced, as all things should be…" said the guy with the most overpowered weapon in the game.

The desire to balance a game is noble enough … but at what cost?

The desire to balance a game is noble enough. You want your players to have the best time possible and be able to interact with all the systems and game loops that you have so lovingly designed for them.

You want to remove every barrier to enjoyment possible and know that your players are delighted. No player should feel pain or suffer. Everyone should exist in a state of plenty where all players are equal and even skill cannot upend the equilibrium you have achieved. But at what cost?

World of Warcraft wanted to create an inclusive and balanced game where PVP and PVE players could coexist in progression/skill harmony, and players could play any class/race they wanted without having to feel that they had picked the wrong one or be envious of other players abilities.

The cost was class fantasy. There is little difference between the different classes in World of Warcraft in 2021 compared to the launch in 2004. Through 15 years of balancing their community say that all they have accomplished is class homogeneity.

Halo 4 was one of the most balanced Halo multiplayer iterations. It was so balanced that the winner was determined by being first to shoot the other player in the head five times.

Gone was the ‘power pyramid’ where players would fight over better weapons, or experiment with vehicles.

Conversely, Team Fortress 2 is a game that is balanced while being very imbalanced. Each class has some overpowered element, that is somewhat offset by a weakness. This is an example of a game that celebrates its weaknesses as features, but also has a larger scale balance in play. The cost being that player’s who cannot see the bigger balance will get frustrated and churn.

Chess is a perfectly balanced game if you go first.

My final example is rock paper scissors. A perfectly balanced game? In a diagram: Yes. In reality? No.

Rock paper scissors has a known formula because people are not good at being truly random. Winning is as simple as playing the move that would beat the move that last won.

Rock paper scissors. A perfectly balanced game? In a diagram: Yes. In reality? No.

Rock, Paper, Scissors players are blasting you on Twitter, telling you (the roughly 2,000-year-old designer) that your game is not balanced!

They say that rock is overpowered and needs to be "nerfed". You check the data and rock seems to have a disproportionate win rate compared to the other two options.

Does this mean that you should “balance” it?

1. Focus on player perception of balance

What matters is the player experience and engagement the perception of mechanic balance is more important than absolute adherence to the principles.

2. Leave some room for interpretation

The more diverse debate there is about the best strategy, the more likely it is that the game is balanced but more important that players care about the player experience.

3. Use game imbalance to support the sense of purpose in the game

Google: Hotdog Economics. This kind of thinking applied in games (not just in the survival genre) gives players more autonomy and motivation to optimise their play.

Mechanics often have unintended consequences that can make different actions/behaviours more interesting, especially when used in combination. Lean into it rather than fight it.

If you can add a power-up to rock what does that do to scissors? Adding lizard/spock as an upgrade/reward throws out the maths for players who do not own them. How could you apply these elements in ways that improve the overall playing experience for everyone?

Fundamentally Games Ltd was founded in 2019 to focus on bringing games to live, helping game developers with managing live operations to scale their game. Their engagement-led strategy aims to scale games faster by getting more players, doing more things, more often and for longer. Now offering publishing and UA funding with a commitment to transparency and genuine partnership with developers.

In March 2021 Fundamentally Games announced their UA Testing Program where they can fund testing and support for games early enough to make a difference.

What is the best strategy to effectively connect gameplay and monetisation?