The numerous benefits of tapping into non-personalised ad traffic 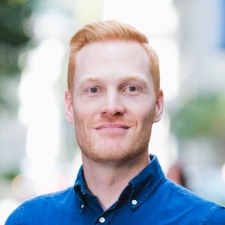 For a number of years, the writing was on the wall that targeting as we knew it was likely to change.

Following Google’s cookie deprecation announcement in 2019, it became clear that IDFA could be scrapped by Apple at any point.

But the end of IDFA didn’t spell disaster for app developers - they just had to adapt their thinking and strategies to continue engaging their audience in the right way.

In this new era, the key is the quality of the audience that app developers are exposing their content to - ensuring you are reaching the right people, at the right time and frequency.

Without the IDFA, according to the Post-IDFA Alliance, which includes companies such as InMobi, Chartboost and Singular, only 36.5% of users are opting in to tracking, the result of this being that the majority of advertisers have had to change tack and use non-personalised ad traffic, previously known as LAT traffic (Limited Ad Tracking).

Capitalising on non-personalised ad traffic from trusted publishers opens up an entirely different cohort of users for advertisers.

There are still significant opportunities for marketers to tap into this potential trend and succeed.

What’s important here is marketers no longer are able to rely on unique identifiers. Instead, tech partners have come up with innovative post-device ID strategies to identify audiences based on a users’ interests and scale campaigns.

Capitalising on non-personalised ad traffic from trusted publishers opens up an entirely different cohort of users for advertisers.

Crucially, these users tend to be more tech savvy – they understand the benefits of being targeted with relevant ads that match their interests and know how to opt into non-personalised targeting.

Over five years ago, LifeStreet started buying LAT traffic, long before it was a buzzword in the ad tech space and the IDFA was scrapped. We simply saw an opportunity to benefit from this untapped source.

Through exploring LAT traffic and educating our advertisers not to block it, we were able to work with data without IDFA and advertisers that have already done this will be at an advantage now.

It has certainly provided significant results for our gaming developers:

HUUUGE Games wanted to acquire more paying customers at scale with the goal of improving Day 7 ROAS on their game Casino Slots Vegas 777.

Surprised, Huuuge decided to run two separate campaigns, dividing traffic and budget evenly between LAT and IDFA users. When compared to the IDFA campaign, the LAT campaign exceeded all KPIs. They achieved a 1.85x higher payer rate among US and worldwide LAT payers.

Another mobile game developer released a cooking-themed game back in 2017 that continues to be highly successful today.

However, in 2020, with more than 4 million apps across Apple’s App Store and Google Play, acquiring users who hadn’t already installed the game offered a steep challenge.

At LifeStreet, we recommended that they look beyond IDFA traffic and instead search for new players among those who had selected LAT in their privacy settings.

Due to our machine learning capabilities, we were able to identify paying LAT users, leading to a cost-effective campaign.

At the time, there was less demand for these users, as advertisers were inexperienced with this unknown quantity. Due to our machine learning capabilities, we were able to identify paying LAT users, leading to a cost-effective campaign.

As a result, the LAT traffic campaign became one of the game’s top performing campaigns overall. ROAS performance and spend for LifeStreet’s LAT campaign increased up to the same level as LifeStreet’s non-LAT campaign.

Contextual signals were also used to predict exactly the type of users who were the best match for the game and most likely to make an in-app purchase.

Privacy is a growing concern for many consumers across all industries.

Going forward, it’s likely that more rules and regulations protecting this will come into play in the ad tech space.

It’s therefore important to understand the numerous benefits of tapping into non-personalised ad traffic or LAT traffic as an alternative.

Six months on from Apple’s IDFA changes and gaming apps are still seeing exceptional results and this will continue to grow if experts start maximising the use of the features available to them.