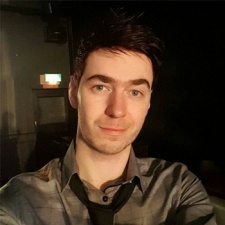 His article originally included a discussion about currency confusion, and while not explicitly pertaining to in-game UI, it was too insightful not to share with you today.

In-game currencies are often used to disguise the real world cost of premium items, boosters, or extra lives. Prices can fluctuate depending on special offers, events or even the time of day. The game will then tempt the player with items at over-inflated prices, to encourage them to get rid of as much of that special currency as possible.

A common trick some F2P games employ is introducing additional currencies that further confuse the player. After all, it’s difficult to keep track of how much real-world money you’ve spent when you’re having to think of the exchange rate between gems, coins, diamonds, and rubies among others!

In-game currencies are not inherently bad, but the player should always be aware of how much real-world money they’re spending.

Decide ahead of time how much your micro-transactions will be worth in real-world currency, and keep your prices consistent. If you are presenting a “special offer”, show the default value next to the sale price so they can make an informed decision. Stick to a single premium currency to avoid any ‌mix-ups.

As in this example from Disney Tsum Tsum (LINE Corporation), be sure to show the player how much currency they have left in their inventory when prompting them to spend it.

You can read Coates' full article on dark patterns in F2P UI/UX through this link, which explores areas including abuse of muscle memory, phantom communication, and the bunny trap.