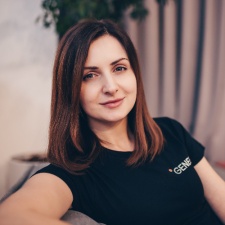 Scaling in a market without identifiers can be challenging – but not impossible. Rather than viewing it as a challenge, some smart marketers frame it as an opportunity to retire old models and invent new ones.

This is where introducing a web-based flow for your app makes sense – and money, according to Shamanth Rao, founder and CEO of growth marketing firm RocketShip HQ and host of the Mobile User Acquisition Show podcast. “All the app companies we have worked with that have grown significantly month-on-month post-ATT have leaned on web-based flows to achieve this growth,” Rao tells me.

The approach overcomes the obstacles posed by the IDFA limitation, allowing marketers to glean all the analytics without reducing the performance of their campaigns in the process. In this scenario, a user clicks on ads and goes to a landing page instead of the app page in the app store.

It’s an extra step in the funnel that provides the marketers with essential information about user behavior and the critical insights to optimise ad campaigns to power more targeted and intelligent user acquisition campaigns.

“It may not work for every marketer in every vertical,” Rao says.” But I urge everyone to test it at the very least.”

One company showing stellar results is Impulse, a top-ranked brain game and training app that counts over 12 million users. The game, which monetises through advertising and subscription offers, attracts players with gaming mechanics that balance training and entertainment. It then hooks users with a regular diet of brain exercises to sharpen focus and be fit for daily life challenges.

The decision to test a web-based funnel was spearheaded by Dariia Opanasiuk, Impulse chief marketing officer and a Mobile Hero recognised for her performance marketing expertise. “We needed an alternative because we knew traffic post-ATT changes would be highly irrelevant and unlikely to do what we needed them to do in the app.”

Her team was accustomed to testing hundreds of ad creatives daily and frustrated by the 72-hour wait for SKAD campaign results before evaluating traffic. “We relied on immediate traffic metrics, gleaned from tests after launch, to pick our winning creatives, so the new reality was a big challenge,” she explains.

Impulse also faced higher costs to test fewer ad creatives. “Even with the lowest budget, getting the number of installs on Facebook necessary to make a call and provide better attribution was too expensive and unprofitable,” Opanasiuk explains.

Rather than “spend between $800 and $1,000 to test only one creative,” the team turned to web-based flows to keep campaigns to “test as many as 100 creatives a day” and see the results the same day. “We see which creative generates which user actions, and we get this traffic at an affordable price,” Opanasiuk says. “Our CPA is lower than our LTV.”

Because the team has tested the creative on the web, they can be confident the chances of getting top results on the SKAdNetwork campaign using this creative are much higher. “In most cases, when you pre-test creatives on web2app, you will see a good performance on SKAD because SKAd can optimise,” she says. “Using this combination has allowed us to reduce CPAs by 60 per cent.”

How to optimise the conversion funnel with web-based flows

What started as an exercise to test ad creatives with more confidence and less cost has produced a smart workaround that bypasses ATT limitations, boosts visibility and lowers CPAs.

But first, marketers have to choose the right approach for their app. Opanasiuk draws from her learnings to highlight best practices and provide a blueprint you can follow to kickstart your efforts:

This list outlines the basics you need to begin testing, but marketers serious about web-based flowed need a more detailed playbook. It’s about more than changing the user journey from ad click to app install by adding one more step between the ad click and app store page view, Opanasiuk explains. “You have to know what works, and this requires you to test quickly, cheaply, and never surrender.”

More is not always better. Too many steps between the ad click and the app install can increase churn, while too few can net players that aren’t the best match with your game. Impulse started with web2app funnels that included multiple steps and even web quizzes that led players to the App Store. “But we then rejected them because the web-to-store conversion was too low.”

Impulse settled on a single step that restricted it to only one page. “Keeping it ridiculously simple and short – the extra step increases the players’ path by three seconds before they download the app – turned out to be enough to reach affordable CPAs.”

2. Set yourself up for success

A user clicks the ad in a web-based funnel and goes to a landing page that you build. The data about their interactions with creatives is displayed in Facebook ads. On the landing page, the user clicks on a CTA button and is directed to the app page in the App Store. This page also uses custom tracking links, which allows the Facebook Pixel parameters to be transferred to the backend. “It’s up to you to explain to the algorithm what it should consider as an optimisation event,” Opanasiuk explains. “When we started to test a web-to-app flow, we had no idea which event on the web would work the best for us because our target event is to drive a purchase in the app.”

Every UA channel and ad network has its own approach, so don’t expect to find one winning event that works everywhere. Think outside the box and test several events to find the best connection that will work for your app.

Her advice: “Recreate the marketing funnel from impression to the final action in absolute and relative values, so it will be very easy to find any deviations while testing.”

Adjust the frequency of test analytics to respond to loss-generating campaigns. This approach enables you to test many creatives at once. But you also need to keep personal bias in check.

“Resist the desire to give some ad creatives one more chance,” Opanasiuk advises. And she speaks from experience. “We kept scaling web-to-app campaigns for two days longer than should have, and the mistake almost cost $40,000.”

We kept scaling web-to-app campaigns for two days longer than should have, and the mistake almost cost $40k

Opanasiuk recommends solid analytical reporting (from your MMP) and frequent marketing analysis. “Being proactive means tracking campaign results at least three-to-five times a day and turning off campaigns where you see a big difference between your LTV and CAC,” she explains. Anything less is sure to burn more money than it makes. “If you don’t use conversion API, don’t wait for the algorithm to optimise. It will never bring you the top valuable users because it only sees the web events. It doesn’t know what happened after users left the web. It doesn’t see who exactly buys in the app.”

Be ready to scale

“Creative validation via web-to-app flow applies to most gaming verticals,” Opanasiuk says. “But then different optimisation models for the scale come into force, depending on the type of monetisation, goals, and strategy for the particular application. Impulse started the test using Facebook and has since scaled this strategy to other paid social channels including TikTok and GoogelAds.

Granted, marketers face a learning curve to implement web-based flows. But they also need to be clear about the trade-offs. Web-to-app flows are better than SKAN, but don’t expect the top-notch measurement or performance that marked pre-ATT marketing.

Still, remapping the player journey to place web conversions before app installs can significantly reduce CPAs. The practice can also help teams test and refresh ad creatives to reach and engage their most valuable players.

Next-best-action: 3 best practice tips to level up your portfolio strategy