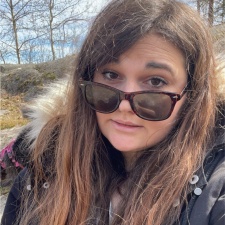 Last week, I spoke about the mobile games ads no one wants to see: denigrating, insulting, derogatory ads that reveal the mobile games industry's archaic side. These ads play on insulting gender stereotypes, reinforce beauty standards and hypersexualisation of women, and base prejudices.

As an industry, we owe it to ourselves to break out of this messaging and express the true diversity and openess of mobile games. But there's another reason to choose progressive messaging: it feeds your bottom line.

In its report, Embracing Change Through Inclusion 2022, Meta ran an interesting ad report analysing 60 campaigns that showed advertising that respects inclusivity is better memorised. This is a game change nowadays in a market with so many game available on mobile. As noted in the report:

“Advertising For Good: Meta partnered with some of Latin America’s biggest brands to create ad campaigns using two versions of the ads — with the second version featuring a protagonist from a traditionally underrepresented group.

"Meta was able to compare the performance of the brands' advertisements after analysing 60 campaigns across industries and found consumers were more likely to remember the ads with a diversity element and more likely to associate the messaging with the ad."

Let's run through some success examples of ads that carry a more progressive and inviting tone.

1. Alt text is a tenet of accessible web design: this attribute was originally created in order to describe the appearance and look and feel of a page. It translates the visual UI into a text-based UI, enabling visually impaired users using screen readers to load the text and the reader read the creative. This is a must-know in SEO and should be used in order to achieve a higher Google ranking.

2. Subtitles are currently performing really strongly. While we're very much aware of the importance of sound, we often forget to accommodate deaf and hard-of-hearing people. But right now, we're seeing a trend in ads increasing the number of subtitles and algorithms pushing it. This enhances the consumption on the go but also allows to widen your audience to people who rely on them, in addition to users who habitually have their phones on silent...

3. Colour contrast was initially used to address low vision, but is nowadays used by all hypercasual studios to break their CPI with attention-grabbing aesthetics. This is also beneficial in addressing low luminosity – your phone goes with you everywhere, especially outdoors, and colour contrast is an ideal way of ensuring people can engage with your ad, no matter the light conditions.

4. Primary colours, in addition to secondary, and accent colours, can be selected to support usability and really grab people's attention. Archero was one of the first game to scale with simple ads design and accessible colours. Those colours also help people with low vision to better catch the creative.

5. Boundaries, usually used on interactive buttons but also occasionally on text, is best practice for people lacking focus in order to differenciate the pressable element against the usual text. In advertising, this is usually used on characters and elements.

6. Call to action – a classic – is related to an accessibility rule success criteria: the rule being that the button clearly and indicate clearly where users will be redirected to. Having a CTA is a traditional best practice in advertising, we see it frequently in ads but typically on the end cards.

It's important to carry and promote inclusive messaging in our mobile games ads, and Google's accessibility guidance lays out some excellent direction on making the web accessible to all – but it is also good material to consider for your ads!

Android's own accessibility guidance states: “Android apps should aim to be usable by everyone, including people with accessibility needs.

"People with impaired vision, color blindness, impaired hearing, impaired dexterity, cognitive disabilities, and many other disabilities use Android devices to complete tasks in their day-to-day lives. When you develop apps with accessibility in mind, you make the user experience better, particularly for users with these and other accessibility needs.”

So, to wrap it up, between Meta – one of the biggest user acquisition channels – working on algorithms to advertise in a more inclusive, diverse and accessible matter, and Google putting accessibility first, it's time for mobile ad creatives to break their CPI and achieve better results with more inclusive and responsible practices we can be proud of – it is never too late!