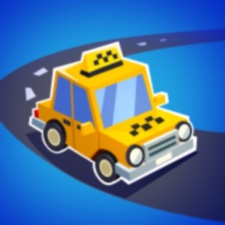 Mobile game development is a process that rarely results in instant success. More often than not, especially in the world of live updates, a game’s initial release will see a high churn rate as players uninstall games that don’t offer the experience they’re looking for.

In this guest post, Dmitry Zusman from Azur Games discusses the process they took to increase day one retention rate (R1) – and become profitable as a result.

Taxi Run came out about two years ago and is still profitable. This article, however, is not so much about the revenue and metrics (although they’ll also make an appearance), but about a game that failed two tests and managed to become profitable after a radical revision of the level design. A new approach to using assets in a hyper-casual game played a big part in the process as well.

The idea for the game is very simple — you drive cars around the city using the most simple controls. However, we didn’t want to repeat the popular street racing setting and so instead used the concept of a taxi where you have to pick up and drop off passengers.

We worked on the project (and we’re still developing it) with Ural Games. The first prototype took about 2.5 weeks, and it was immediately sent for testing. To be honest, it didn’t turn out all that great:

When we’re talking about the hyper-casual market, in most cases this means that you can shut down the project and start working on a new one.

Kirill Turov, Ural Games Team Lead: "The initial gameplay turned out to be very boring. There was basically no environment, only a desert and many long, straight, boring stretches of road. At the same time, we spent a decent amount of time writing a level generator, so there were a lot of levels, about three hundred. I was already determined to shut down the project, but Dmitry suggested we do a couple more iterations."

Historically, Azur Games was one of the first publishers who didn’t expect to get a hit game right off the bat, but helped the developers to improve the project if there was hope it would do well. In this case, they decided not to give up as well, especially since the metrics had some objective reasons to be as low as they were.

The first thing everyone had their eye on was the visuals.

Mostly, we didn’t like the cars. These were the same default models from the Asset Store that are used in many hyper-casual games. I started searching for new ones and looked through everything that was available to the public — nothing struck a nerve. Some assets were well-made, but we needed a lot of cars for the meta, and large packs like this in the right style don’t exist.

At that time (it was 2019), Azur Games already had good 2D and 3D teams. I offered to make our own pack of unique, beautiful cars and put in them recognizable shapes of modern cars, as well as references to popular culture. It takes 2-3 days to make each car in this scenario. It may seem too complicated for a hyper-casual game, but the argument that the assets can be used in other projects was hard to beat. Now we’ve repeatedly used all the models made and have done so very successfully. For instance, in Race Arena.

We made about 20 cars for the first pack, and since then Taxi Run has only unique cars made in-house. Now there are more than 40 of them and we add new ones regularly.

Kirill Turov, Ural Games Team Lead: "According to the analytics, we see that premium cars with a special badge are more popular with players. Typically, these are cars with visual style references and unique effects, like a rainbow trail. Players are much more likely to watch rewarded ads to unlock or upgrade these vehicles."

After we introduced the cars, R1 grew by a few percent, but there was still a big problem with the gameplay — it was hard, monotonous, and not at all hyper-casual, which made the players leave en masse. To fix this, in addition to working on cars, I decided to completely redo one of the project’s main features — the level design.

First, I collected assets for the city. Together with Ural Games, we’re releasing another game — City Gangs — which uses paid building assets. They match our style of cars perfectly as if they were from the same pack. I combined everything together and started to put together the first 20 levels instead of the previous three hundred.

• Monotony. The road sections where nothing happened were too long.

• Complexity. There were some parts of levels with very dense traffic, where you had to avoid collisions with insane timing. The win rate occasionally dropped below 50%, which is too hardcore for hyper-casual games.

I solved the first problem by reducing the time to complete the level several times and by abruptly changing the environment. In 10-15 seconds, the player managed to make several turns, jump from a springboard, drive outside the city, cross the railroad tracks, and so on. It turned out to be very dynamic: drive — get a reward — drive again.

The win rate was more difficult to fix. When I raised it to 90%, the players left because there was no challenge. I had to experiment a lot and balance it at about 70-80%.

Kirill Turov, Ural Games Team Lead: "As soon as the first levels were ready, we broke them into blocks and made a level builder. Now we assembled levels manually to maintain the dynamics and make sure the elements didn’t repeat too often. As a result, we had about a hundred unique blocks, and each level consisted of three on average. So, the section of the road from the second level could be repeated in the 30th, but in a new context. The order of the blocks never repeated, and we changed things like color schemes, time of day, and weather conditions — this created a completely new feel of the environment. That is, even within the same block, you can explore several visual options."

We also began working out the city in more detail to make it resonate with reality. We sprinkled the city with lampposts, trash cans, and hung clotheslines on the street. Added some interactive moments and mini-plots: players could knock down boxes when driving through a gateway, and we “arranged” a traffic accident or put up a destroyed bridge instead of meaningless dead ends.

This way, the core mechanics haven’t changed at all, but the game now had a feeling of exploration, as the scenery and environment were constantly changing. For instance, the same trampoline can be placed in several places: it helps to jump over water the first time, the second time it launches the car over the rooftops with some beautiful views, and the third time it helps the player jump over a passing train. The distances are the same, but it feels completely different.

Kirill Turov, Ural Games Team Lead: "There was also an interesting case with passengers. Initially, each level began with the passenger getting in and ended with them being dropped off. But after a test, we noticed that seeing it on every level (which lasts mere seconds) is very tiring. We changed it, making the passengers get into the car only once per game, at the very first level — and the metrics went up. The second test showed that it’s better not to board a passenger at all, even at the first launch, and this also had a positive effect on the game."

We also removed the graphics settings like anti-aliasing, anisotropic filtering, etc. for powerful devices. When all enhancers were disabled on all phones, including the latest models, the metrics increased. I think this has to do with the frame rate, which has become more stable.

After these iterations, the game became much deeper than typical hyper-casual projects. We can say that level design saved the game — it has changed and gained its own unique features. Making complex levels for hyper-casual games is expensive, but it helped to stand out from other games in the genre tremendously.

Unique assets played a separate role: they all went to the marketing and ASO teams. They replaced all the images for ad creatives and on the store pages with new ones, which greatly affected the CPI.

As a result, we got the following numbers:

Over time, the metrics sank a little, since the game is already two years old, but the project is still actively developing. And regular updates help us keep the numbers at a stable level.

Milana Gelmanova, Azur Games producer: "The most important thing is that the game needs more content. In Taxi Run, players are especially sensitive to level design. We did a huge amount of testing and found that players notice the smallest stuff like the same turn that repeats in two adjacent levels, and they immediately put off by it."

"The second point is that players like the challenge but don't like the difficulty. When you build a level, you need to constantly keep a balance between elements that create tension (for example, a sharp turn you can’t see over) and said elements preventing them from beating the level."

"We found an interesting way out for the players who want an extra challenge: we added a shield that activates if you avoid a collision with another car three times. So, you need to drive very close to the other car, but not hit it. In fact, we don’t take anything away from the players, but only offer a reward for risk. This motivates many people, makes them excited. And for LTV, this means an increase in the number of rewarded ads and interstitials if the player didn’t succeed the first time."

"We still pay a lot of attention to new beautiful cars that make references to films, comic books and so on. It's the players' favorite."