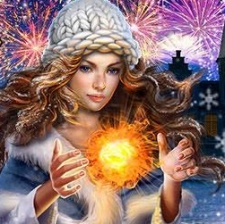 The companies doing the best aren’t always the biggest names, however, and that was particularly the case when considering share price rises in 2017.

A slippery measure of underlying fundamentals and investor sentiment, sometimes share prices can explode for seemingly little reason, as perhaps is currently the case with Take-Two.

But when it comes to mobile publisher G5 Entertainment, the company which saw the highest increase in its share price during 2017 - 209 per cent - there are good reasons for its situation.

Time to create an overnight success

Originally a developer and publisher of casual PC games, with offices in Russia, Ukraine, Stockholm and San Francisco, it took G5 Entertainment some years to get to grips with mobile games and especially free-to-play mobile titles.

As late as 2014, it was posting financial losses as it cancelled free-to-start or ‘unlockable’ games and moving its business entirely to the F2P model. That decision provided the platform for G5’s subsequent success, but it’s been specific titles that have generated the recent growth.

Most notable is Hidden City. Released back in 2014, it’s now G5’s top grossing game with strong audiences in key markets such as the US and Japan.

Indeed, one of the reasons G5’s underlying financials grew in 2017 was the way in which the company managed to improve the game’s performance, partly through smart and aggressive investment in marketing.

The result was that in the US, Hidden City sustained a position within the top 100 grossing charts for the first time, and more significantly in Japan where it went from outside the top 400 in October 2016 to match its US chart position from mid-2017.

Alongside other titles such as The Secret Society and Twin Moons Society, G5 now claims it has 50 per cent of the hidden object games market, a lucrative niche in which it competes with the likes of Wooga and Big Fish.

Yet the real reason for G5’s position as the best performing game stock of 2017 wasn’t this rise of revenue, but its much more impressive rise in earnings.

Admittedly from a low base - even now G5’s earnings before interest and taxes are around $4 million a quarter, with a margin of 12 per cent - but any company that can demonstrate earnings growth of over 1,000 per cent in three years is going to attract a lot of positive sentiment.

Whether this situation can continue in 2018 is, of course, another matter.

Deals such as acquiring the rights for The Secret Society from US developer MyTona, combined with expansion of G5’s internal development capacity with new studios in Kaliningrad, Russia, and Lvov, Ukraine, should ensure it has more control over its games.

More tricky will be expansion into new genres. G5’s first match-three game Pirates & Pearls is yet to find much traction.

But with annual turnover of $125 million and now worth $350 million in terms of market capitalisation, it’s clear G5 Entertainment’s days as a secret success story are over.