Series B Round led by 20VC 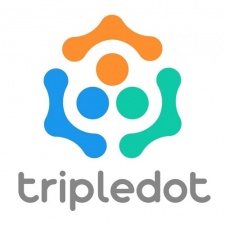 Casual mobile games developer Tripledot Studios has raised $116 million in a Series B funding round led by 20VC.

The company tripled its revenue during 2021, and this financing round has given Tripledot a valuation of $1.4 billion.

Ten months after the Series A round, this round also saw participation from existing investors such as Access Industries, Lightspeed Venture Partners, and Eldridge.

"In 2021 we diversified our portfolio and continued to grow our hit titles via our best-in-class marketing and live operations capabilities. As the mobile games landscape adapted to platform changes, we continued to attract the right players who are highly engaged in our games," said Tripledot Studios CEO and co-founder Lior Shiff.

"We have a robust pipeline of games; we launched four titles already this year with much more to come. We also plan to be very active on the M&A front," commented Tripledot Studios COO and co-founder Akin Babayigit.

Having been founded in 2017, Tripledot has since become the first games company to win the PwC award for the fastest growing tech company in the UK.

"Tripledot’s growth rate and efficacy in building successful and highly retentive games is unmatched," 20VC managing partner Harry Stebbings commented. "The leadership of Tripledot is singular; they have built an operation that has been scaling up rapidly while keeping its commitment to quality and a great company culture that knows how to attract and retain the best talents in gaming."

Tripledot co-founder and CPO Eyal Chameides added: "We are very excited to have the support of Harry and 20VC. Harry himself is an entrepreneur as well as an investor, so we couldn’t be more excited to go on this journey with him."