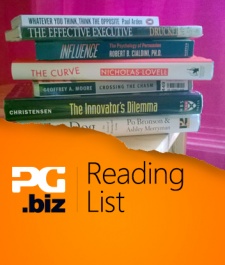 Given the explosion in free-to-play mobile gaming over the past three or so years, the only surprise is there haven't been more books on the subject.

Now, however, Oscar Clark's book - Games As A Service: How Free To Play Design Can Make Better Games - marks a fourth key release in eight months.

Alongside other friends of PocketGamer.biz such as Nicholas Lovell's The Curve and Will Luton's Free-to-Play: Making Money From Games You Give Away (with Eric Seufert's Freemium Economics still to be reviewed), Clark's starting point is that free-to-play is now - and will continue to be - the industry's dominant model.

"I'm not saying that all games have to be freemium but they [paid games] will be the exception rather than the rule", he argues.

Clark isn't blind to the issues of free-to-play gaming, though.

His view is that the industry in general, and game designers in particular, still have much to learn about properly integrating gameplay with the business model.

For, as he states, "F2P games have to be better than other games. It's a question of survival."

One example is that Games As A Service is punctuated by pen and paper exercises which force the reader to consider important factors in F2P games. These range from basics such as coming up with a game concept to consideration of who your players are, the game's mechanics, rhythm, progression and pricing methods.

It's not rocket science, but especially for readers who haven't ever designed a game, it engages the brain about the sort of challenges involved.

The exercises aren't dry either: often described under labels such as the "Bond starter", the "Flash Gordon cliffhanger", the "Columbo twist" etc, they get the reader thinking about factors like pacing, surprise and audience reaction.

"We have to consider the journey of our players as well as our game characters over time," Clark notes, explaining the basics of games-as-a-service.

Indeed, while his focus and professional expertise come from F2P mobile games, the wider point is that all games - paid, paymium or free-to-play - now need to be consistently evolving experiences.

And is this aspect of Games As A Service that's its strongest point.

While Clark is happy to get down and dirty with the usual suspects of game theory - Csikszentmihalyi, Koster, Hocking, Bartle etc - he's also confident enough to provide his own views on what does and doesn't work, both in terms of theory and actuality.

Never backwards at coming forward, Clark has worked at companies ranging from mobile operator 3UK to Sony Computer Entertainment, Nvidia, PapayaMobile, and now Applifier, which provides him with a broad range of experiences and opinions.

In this way, Games As A Service provides a good introduction to how the mobile F2P industry has developed over recent years, something interspersed with a personal take on the whats and wherefores.

His general conclusion when it comes to issues such as time/energy gating, whether the grind becomes the game, and the more general discussion of the psychology of buying behaviour is that "making a great game is about engagement, not just about monetisation".

And perhaps it's this balance between the temptation of early monetisation versus the optimisation of life time value that remains the biggest challenge facing the F2P industry.

In that context, Games As A Service is a well timed and significant addition to the debate.

You can find out more from the dedicated Games As A Service website, and Oscar Clark will be in conversation about games as a service at a launch event from 4pm on Friday 7th March in London. More details from Eventbrite.