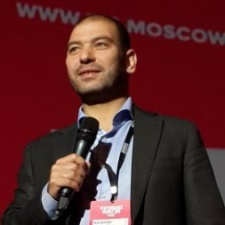 Chinese game developers have had a strong 2020, both at home and on the international stage.

With China’s mobile games market predicted to generate approximately 70 per cent of the global game industry’s revenue by 2021, it shows that the impact their homegrown developers have had in getting the Chinese market back on its feet after a particularly difficult 2019.

Whereas much of the rapid growth of the Chinese market in previous years was driven by overseas publishers looking to exploit an audience hungry for mobile games, 2020 has really seen high-quality domestic developers spreading their wings globally.

Take Genshin Impact, which The Game Awards have nominated in the Best Mobile Game category for 2020.
It also has a nomination in the Best Role Playing category, too. Few would be surprised if it won; Genshin Impact has been a global hit, and has amassed an extremely loyal following since its release in late September.

To put Genshin Impact’s success into context, since its launch on 28 September, 2020, it became the world’s most profitable mobile game in the space of a month across Apple’s App Store and Google Play, earning miHoYo $245 million.

There were two other Chinese chart-toppers for 2020; Tencent’s Honor of Kings (AKA Arena of Valor) and Peacekeeper Elite (AKA PUBG Mobile) – Genshin Impact is in good company.

Both games were also officially the world’s top-grossing mobile game at some point in the 12 months up to September 2020, according to App Annie.

Interestingly though, Genshin Impact’s success has mostly been abroad. In China, the game was only the 9th most popular core PC game over October, according to Newzoo.

AppInChina’s data as of 12th November 2020 doesn’t even rank Genshin Impact in its Top 20 Android Games by MUA, suggesting the game hasn’t had much impact domestically, where Tencent’s King of Glory reigns supreme.

This chart data is extremely positive considering just how challenging 2019 was for local and international developers and publishers.

In February 2019, game approvals were once again frozen after a partial lifting, with some reports claiming that SAPP had a nine-month backlog of approvals to work through.

That painfully-slow approvals process, naturally, had a knock-on effect on domestic developers and publishers, and the wider market over 2019. Returns on investment for games were severely delayed, share value in company’s such as Tencent dropped and the U.S. overtook China as the top market for revenue (a title China held in 2018).

China’s market is more open to foreign games this year

Problems mounted for foreign developers and publishers looking to enter the Chinese market, too. Alongside the lengthy review process for their games, new legislation was also introduced in 2019 and 2020 that needed to be adhered to before SAPP would give titles the green light.

The legislation was designed to tackle gaming addiction amongst China’s youth, and also included strict measures around ‘controversial content’ such as gambling, depictions of death and ‘imperial’ content.

The introduction of ISBN regulations, too, also hit foreign developers looking to make an impact on China through the Apple App Store. With all of these factors combined, getting a game to market in China in 2019 became extremely tough for both local and international developers and publishers.

Fast forward to now, though, and China’s domestic games market appears to have finally overcome its problems and is going from strength-to-strength.

That may not seem like many but the implications are enormous for those looking to enter China. 43 per cent of those games approved came from Japan with a title approved from Singapore, showing that China is firmly embracing contributions from other APAC regions.

With games from the U.S. also approved for the first time since October 2019, it’s a very clear sign that the Chinese domestic game market is, again, open for business.

The Coronavirus pandemic has also given China’s domestic gaming market an enormous boost.
During lockdown earlier this year, Chinese residents (as well as those further afield) took to their smartphones to entertain themselves, discover games and communicate with their peers.

That growth has mainly been driven by mobile according to the China Audio-video and Digital Publishing Association, with $7.7 billion of Q1 2020’s revenue coming from the mobile gaming industry.

China also now has more gamers than the populations of the U.S., the U.K., Japan, Germany, and France combined at 661 million. The country’s advanced 5G network and strong comms networks have been key to that growth and seamless mobile gaming experiences.

Local developers and publishers are also seeing big jumps in revenue, with Tencent Holdings seeing an 89 per cent rise in quarterly profit for Q3 2020 – well ahead of analysts’ estimates.

The games that have generated big revenues for Tencent at home and abroad include perennial top performers Honor of Kings and Peacekeeper Elite. NetEase is also celebrating Q3 2020. Its financial results for the quarter show 26 per cent year-on-year growth, reporting revenues of $2.7 billion.

Again, a combination of domestic success and wowing audiences abroad has been key to those impressive figures. Chinese gamers could enjoy a slew of new NetEase titles including Onmyoji: Yokai Koya, PES Club Manager and King of Hunters, while Marvel Duel and EVE Echoes found fans overseas.

With China’s developers amassing record revenues at home and abroad, and with the explosion of gaming as a hobby during 2020, the country’s game market is well poised to take back its crown as the most lucrative market this year and beyond.

And it’s the strong domestic and international performance of China’s smaller and heavyweight games developers that has not only returned the country’s market to a position of strength, but has also ensured that consumers abroad see the sheer quality of the games China is capable of producing.

There isn’t a better time for developers and publishers outside of China to work with a local expert that knows how the market works and can help them navigate complex legislation.

Contact Nativex today to find out more about how to enter the Chinese market and build a localisation strategy that helps you attract the world’s largest gaming population.