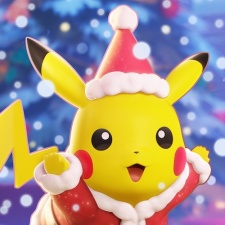 This year, as more games have continued to release cross-platform between mobile and Nintendo Switch, what constitutes a mobile game and what doesn’t has continued to grow in ambiguity. One such cross-release title, and the one that intrigued me the most this year, was Pokémon Unite.

Developed by Tencent and licensed by The Pokémon Company, Pokémon Unite has served as an easy introduction to MOBAs thanks in large part to the familiarity the franchise offers. Whilst venturing into the world of battle arenas had always seemed daunting, recognising the roster, moves, and items in Unite offered a unique accessibility that made me feel like a series veteran within my first day.

A drive for Decidueye

In this spin-off, rather than catching new Pokémon, they are unlocked by obtaining a Battle Pass for each playable Pokémon. Some are available as rewards for logging in consistently or winning a certain number of matches, meanwhile others are bought using in-game currencies. My main motivation to keep playing was to unlock Decidueye, which required a hefty number of in-game coins.

The roster currently available is impressively varied. Unite does feature many of the Kanto classics like Pikachu, Charizard, and Blastoise, but isn’t as heavy in its Generation One bias as was seen in other spin-offs like Pokémon Go (and said bias even frequents the main series).

Rather, I have been able to show my affection for the more recent Alola region by playing as Tsareena, Alolan Ninetales and of course, Decidueye. In fact, every region from the Pokémon series has at least one representative already, with some inevitable picks for their fan-favourite status (looking at you, Greninja) and others like Crustle getting their first time in the spotlight. This is perhaps one of the most enjoyable aspects of the game: any Pokémon could be added to the roster, no matter how obscure your favourite may be.

Even with the gameplay being drastically different to Pokémon’s traditional turn-based formula, Unite feels at home as a Pokémon game. The challenge varies depending on who you’re paired with and against, but the gameplay is fun and fresh, especially for someone without much MOBA experience.