Com2uS on becoming a majority smartphone business, and dealing with 98% Android piracy rate 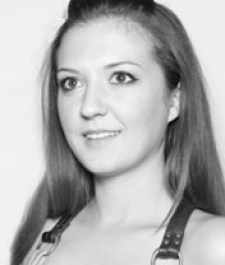 November 10th, 2011 - 08:27am
By Jon Jordan, Contributing Editor
As with many mobile game publishers which formed prior to launch of iOS, Korean outfit Com2uS has found itself on a see-saw.

The feature phone business always had its issues but enabled some companies to generate a lot of solid revenue. This has been fragmented by the smartphone transition, which introduced new business models and competitors.

Balancing resources in terms of development teams and release schedule has been a tricky task; one experienced by companies ranging from EA and Gameloft to THQ, Connect2Media, Hands-On and Glu Mobile.

Yet, while the largest are still reliant on feature phones - Gameloft generated 66 percent of its Q3 revenue from the sector - others have successfully become majority smartphone publishers.

One such is Korean company Com2uS, which is also dealing with fast expansion outside of its domestic market.

We caught up with PR manager Lydia Heitman to find out more.

Pocket Gamer: Your Q2 2011 figures were the first time Com2uS' smartphone revenue was bigger than its feature phone revenue, so how do you expect to drive this part of the business in Q4 2011 and into 2012?

Lydia Heitman: We are mainly focusing on the smartphone industry and we feel that there is a broad global market to appeal to there.

Feature phones are still very strong in many of the Asian and European countries, so our shift will probably mirror the shift to smartphones around the world, as, you said, the smartphone revenue increases. Our focus will go with what users want.

In a similar vein, when you do expect to have higher international sales than sales from Korea?

That's pretty hard to answer for certain, especially with the Korean Games store opened on the iTunes App Store. We think that the South Korean mobile market is strong, and with this new opening, it's hard to say. Before, it probably would have taken place in 2012, but now it's a question that we'll have to wait to see play out.

You've been hiring more staff recently, so do you have a plan for how many games you want to release per month/quarter in future?

Over the summer, we were releasing games almost every week. We are very busy with internal development and want to give our teams the chance to make games that they, and everyone, will love.

We are also, however, starting to publish more games internationally, which keeps our game catalogue fresh and more global. We expect to release anywhere from 3-6 titles per quarter, maybe even more if we find great games for publishing along the way.

How important are mobile operators to your ability to market and promote mobile games?

We have had relationships with mobile operators in the past, and in many countries. The fragmentation by country is tricky to navigate, so of course having one standard distribution point is easier.

However, we are always talking with mobile operators about how we can work together. New devices come with new specifications and new opportunities for our games, and we have a few plans for exclusivity agreements for those device promotions.

Getting our games on demo units and in specific operators' featured lists is a great way to promote both our games and their company. So, keeping up with mobile operators is something we try to do, even if it seems to become less lucrative financially this past year.

You've just released your first freemium games on iOS so how are they performing?

Tiny Farm has been a great success, and we are seeing lots of engagement and downloads. The shift to freemium was something we wanted to get right, but balance always takes some tweaking. Our last update did just that, and we've seen a great response.

Cross-promotion with other solid titles has helped spark more users' interest and our Halloween promotion with limited time items worked very well. Keeping our content updated and fresh is our goal, and we're happy with how our freemium title has performed. We'll release more, but we will try to do something new each time.

You've released some games on Android, but not been active lately. Is that because of piracy, and more generally what do you think of the platform?

We have been busy with lots of releases and getting those out the door. Historically, we release Android versions of our titles a bit later than on iOS, although we are trying to close that gap.

We have plans for many more Android releases, and soon. But piracy is a huge issue. We have seen numbers as steep as a 98 percent piracy rate. Finding out how to work that is a task we are tackling.

Com2uS has some modules in place that can detect pirated versions, and turn off certain portions of the game to try to funnel users back to the official Android store. We think that Android is a vital market and has evened out with iOS in revenue stream with great, quality games and the free-to-play model.

Do you expect to support other mobile platforms such as Windows Mobile?

We will always get devices and wait to see how the market expands. If there is interest, we would love our titles to be ported.

It's an issue of time for our developers and engineers, and seeing how the platform expands.

As a publisher, would you consider working with external developers?

We have been publishing many titles, such as Piggy Adventure and Gold Jumper. We have some exciting titles coming up before the end of the year that will really be a hit with an amazing, creative studio out of the US. It's a project that we can't wait to release, and working with external developers is making our catalogue and name stronger.

We are always interested in publishing great titles from talented devs.

How much activity are you currently seeing in the Chinese market?

The Chinese market is not one of our three largest, especially in Asia.

We've seen Japan bring us higher numbers and rankings. However, there are new studios approaching us from China and the demand for games is definitely on the rise. The market there is one to keep an eye on.

Thanks to Lydia for her time.