Fighting FIFA: How securing the England license has given one indie a run at World Cup glory 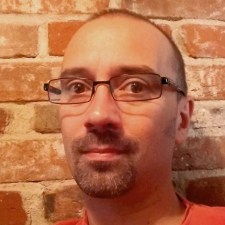 Team Football - a small grassroots developer  with big ambitions - recently secured the licence to the England national team for Official England Football, just in time for the 2014 World Cup in Brazil.

However, not content with just one license, Team Football also secured the rights to the Brazil, Japan, China, and France national teams, meaning it will have an 'official' footballing presence across the globe this summer.

It's an approach that means Official England Football stands a fair chance of standing out from the crowd in amongst the rush of football games bound for all platforms right now, with the addition of licenses giving the game the kind of pull that, typically, only FIFA is able to amass.

"It's fair to say that David Colley, our licensing agent, has some fantastic contacts in the world of licensing," explains Team Football's creative director, Steve Huckle.

"That opened the door for us, but then it required a lot of work on our side to see the deal through.

"We have a fun and good quality game for starters, so they were able to see that they'd be attaching their brand to a high quality product rather than something "cheap and cheerful", and the guys who make up Team Football have a great pedigree making football games in the last quarter of a century.

"Between all of us involved in the game we've had input on many much loved football games which gives the various football associations a lot of confidence in our ability to deliver, not just now but in the future too. This first game is laying the foundations for a wide range of licensed games."

Of course, it's easy to talk about a future full of licensed games after you've secured those rights, but while the team always believed in their vision, at times, they couldn't help but feel that they'd perhaps bitten off more than they could chew.

As a start-up studio with no track record we thought it would be a big ask to secure licenses.

"Dave was confident [we'd secure the licenses] from the outset, but I think we were a little more wary. As a start-up studio with no track record as a company we thought it would be a big ask," says Huckle.

"There's certainly been ups and downs along the way, as some deals have come close and then not quite happened, while others seemed dead but came back to life again.

"When we set out we thought we'd maybe get one high profile license that would give us a foundation to build on and that others would maybe follow in future years. So, to be sat here looking at finished games bearing the official licenses for Brazil, England and France is amazing. Something we're incredibly proud of."

As you can imagine, some of Team Football's uncertainty stemmed from the sheer length of time it took to finally secure those licenses: a problem Huckle attributes to brand protection.

"Without going into too many details, some discussions started late last year, just as we were founding the company, and some contracts, well, let's say that the ink is very fresh on those contracts," says Huckle.

"Naturally we've experienced some difficulties along the way, especially getting approval from associations who are very protective of their brands, but nothing that we haven't been able to resolve over time.

"It's been a massive eye opener for all of us at Team Football."

While Huckle understands that Team Football's achievement is somewhat unprecedented, he refuses to get swept away in the excitement.

Feet firmly on the ground, he knows that it's too early to start talking about competing with the likes of FIFA, instead comparing his team to one that's just been promoted to the Football League.

"We're looking up to FIFA as those clubs do to the Manchester clubs with the resources and heritage that they have behind them," details Huckle.

"We have signed some deals with a long-term view and that is to develop a range of games beyond just action titles.

Bring in someone who can open doors that would otherwise be closed. As the old saying goes, it's not what you know, it's who you know.

"You look at the fantastic success that has been had with New Star Soccer and what the guys at First Touch did with Score and you can see there are new ways of approaching football games on mobiles and tablets."

So, What advice does Huckle have for other small developers who are worried that their vision might be a little too ambitious?

"Just go for it. There's nothing to lose and everything to gain," insists Huckle. "In such a crowded space such as games on mobiles and tablets do what you need to do to stand out from the crowd.

"Do try and go down the route we have done and bring in someone who can open doors that would otherwise be closed. As the old saying goes, it's not what you know, it's who you know.

"These guys maintain relationships over many years and across companies and know who to speak to, if we'd sent an unsolicitied email to England or Brazil ourselves I doubt very much we'd be where we are today."

Finally, Huckle admits that being able to launch his game at Wembley during England's final home friendly was, of course, the icing on the cake.

"Launching at Wembley was brilliant. We're all passionate football fans who enjoy watching games whenever we can," he states.

"Though I think the highlight for all of us there was when a paper airplane flew over our heads and hit the Peru full back in the face.

"Whoever made that plane and launched it made our night. There were guys amongst our party who go to football games every week and were saying that was the best thing they've ever seen at a football match."

Thanks to Steve for his time.

Warner Bros. to bring Five Nights at Freddy's to the big screen