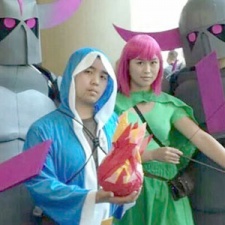 With the first ever official Clash of Clans community event, ClashCon, coming to Helsinki on 24 October, Supercell is acknowledging the importance of its fans.

Such an event also raises a number of questions about traditional conceptions of casual and core gameplay, the importance of community building, and even the potential for Clash of Clans to enter eSports territory.

As such, we reached out to Marika Appel, Clash of Clans Community Manager at Supercell, to talk more about the wider significance of the upcoming event.

PocketGamer.biz: Do you events like ClashCon demonstrate that mobile games go beyond the oft-used 'casual' description?

Marika Appel: Absolutely. Our fanbase is certainly genuine, and very, very dedicated. The reception of Clash of Clans has continued to surprise us since its launch three years ago and we think it absolutely shows that the lines between ‘casual’ and ‘core’ are not as clear as people once thought they were.

Many of our players do play Clash casually, but we’re also lucky enough to have a strong, dedicated community of players who spend a lot of time in the game, have built relationships with their clan members, set up events and meet-ups locally, and are always looking for new ways to strategize and play.

ClashCon is all about the community, so we just want to create a fun and beneficial experience for our most dedicated players and celebrate them.

Do you think events like this one showcase the rise of Clash of Clans as an eSport?

Anything is possible, but no matter what we’ll always try to follow our community’s lead with Clash of Clans.

Over the last year or so we have seen an increase in people playing competitively, and on the other side the spectatorship element of the game, which is why we’re hosting tournaments at ClashCon.

We always want to support our fans, and how they’re playing the game. To that end, we think our community will be excited to see what’s coming for the game.

With regards to our long-term vision, all I can say is that I don’t know, but, it’s certainly within the realm of possibility if that’s where fans want to take it!

This year's ClashCon will be held in Helsinki, but are there plans to bring ClashCon to other countries and make it a more regular event?

For now we’re focused on making our first-ever ClashCon here in Helsinki as fun and as valuable for our community as possible.

But if there does end up being enough of a demand for ClashCons in other regions we would certainly look into delivering that.

How does community impact the ongoing development of the game?

We do think it’s an amazing experience for our developers to be able to see first-hand how much of an impact the game they created has made.

ClashCon is a celebration of our fans and an wonderful experience for our Clash of Clans team to meet some of the most dedicated players from all over the world and learn from them.

The community has had an impact on game features, characters, updates, etc.

We’re always tweaking the game and adding new features based on feedback, so it’s definitely fair to say that the development team is in touch with our players.

ClashCon will be taking place in Helsinki on 24 October. For more information, or to purchase tickets, visit the official website.