Making thousands of dollars a day without IAPs 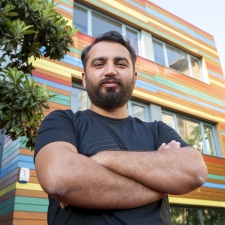 Back in 2014, Turkish developer Gram Games was facing dark times.

It had released three games in two years, all of which had failed to find an audience.

Down to its last $15,000, the company decided to put its remaining money into one more game.

That game, 1010!, was built, tested, and released in just under a month, and went on to be a roaring success.

Having recently passed 40 million installs, the game has 3.5 million daily active users, who play the game for an average of 30 minutes a day, and generate thousands of dollars a day entirely through display ads.

We caught up with Mehmet Ecevit, Gram Games' CEO, to find out what the company learned from its previous games, what they thought was the most important aspect of user retention, and what they have planned for the future.

PocketGamer.biz: What was the inspiration for the game?

Mehmet Ecevit: We have a weekly event called “Prototype Wednesdays”, when everyone sets their individual projects aside to focus on a new prototype or concept.

Cem, who is our Head of Casual Games, pitched the idea for 1010! on one of these Wednesdays. The entire company was instantly hooked on the gameplay.

You'd previously released 3 unsuccessful games, so what did you learn from them?

We learned two things: the value of user experience and the importance of listening to what our players have to say.

These learnings ultimately led to the success of 1010!

We learned the value of UX and the importance of listening to what our players say.

We still think these games are really fun to play, and once players took the time to learn the mechanics, they really enjoyed them.

Did you ever consider using IAPs or was the game designed with an ad-only model in mind?

When we were developing 1010!, we knew we wanted to make a game with great user experience.

As part of our focus on user experience, we decided not to impose any limits on time or lives.

We truly wanted our players to enjoy the game. That said, the ad-only model made the most sense for monetization.

At the moment, your ads are traditional display ads. Do you have any plans to integrate the more lucrative native and video ads?

Because user experience is our main focus, we didn’t want to have anything too intrusive on the gameplay, so we used mostly display ads.

We may consider implementing these new ad units depending on how they integrate in our game from a user experience and monetization perspective.

What would you say is the most important part of user retention?

The most important thing is the long-term retention of our players.

The most important thing is the long-term retention of our players.

That is why we pay close attention to the intel we get about our players by tracking and analysing retention and relevant ratios.

Data helps us make smarter decisions about our games and business in general.

You've very active on Google Play Store at responding to reviewers. Why do you think this is important and how much time does this take?

It can be quite a time consuming process, but it is something we’re committed to doing.

We really value user feedback. It allows us to improve our games and introduce new features our players want to see. This was actually a learning from our earlier titles.

Turkey is an emerging market and the mobile games scene is still in early stages. However, there are a few really successful titles, mostly in the puzzle genre.

We established 2Tons, an accelerator program to help develop the market in Turkey.

The good news is that there are many talented candidates and it’s an exciting time to be a mobile gaming startup in Turkey.

What are your plans for the future/any new games in the pipeline?

Yes, we are working on a new title which we hope to release soon, but it’s too early to talk about the details.

With our weekly Prototype Wednesdays, people pitch lots of great ideas, a number of which we’d like to implement, ideally releasing a new game every quarter.

In addition to working on new titles, we’re exploring the possibility of adding new features and implementing user feedback we receive through the app stores.

We’d also like to continue growing 1010! in other regions globally.