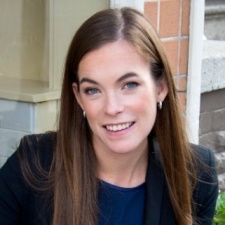 Blair Ethington: Apple enabling ad blockers was big news for us this year.

It demonstrates something that we've believed in for a long time, which is that the best way to keep both consumers and advertisers happy is to create great content.

Covet Fashion is first and foremost a styling game, but has also become an ad platform in and of itself because our users love styling looks with real-life brands.

So rather than trying to trick or force users into viewing ads, we're creating a fun and engaging game that lets our players interact with brands they love or want to know better.

In 2015 we learned to become less reliant on paid user acquisition, especially as bigger brands enter the mobile advertising space and drive marketing costs up.

In 2015 we learned to become less reliant on paid user acquisition.

We're at a point where, while we still use Instagram and Facebook ads, most of our downloads are through word of mouth.

We want to focus on partnerships with real brands and real people.

Lastly we've started a celebrity program called Covet Hosts, which we just kicked off with Emma Roberts. Each month the celebrity Covet Host will become the face of Covet in the App Store and host a series of in-game style challenges based on their lives.

So we've shifted quite a bit this year and are excited to apply all the lessons we've learned in 2016.

We're really excited to see what happens with augmented reality, vs. virtual reality.

It's easy to settle into a routine once your company becomes profitable, but we want to keep thinking of new ideas.

We see how much our users like the real-life implications of a virtual experience they get from Covet, and think there is so much amazing potential in the space.

Not only am I proud of the game I work on (and my 4.5/5 star style score…) but it's been really fun this year to get new brands on board and to have new content to dive into every day.

Our New Year's resolution, and something that's become a bit of a motto for us, is to force ourselves to re-learn what we think we already know.

It's easy to settle into a routine once your company becomes profitable, but we want to keep thinking of new ideas, challenging ourselves, and most of all give our users really enjoyable experiences that don't get old.