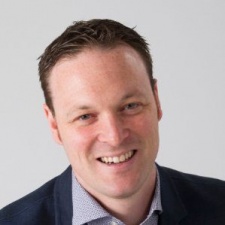 Montreal-based Behaviour Interactive is perhaps best known as the developer behind Bethesda's debut mobile game Fallout Shelter, but it has far more strings to its bow.

Spanning 350 people across its Montreal and Santiago, Chile studios, the firm works on a range of PC, console, and mobile games - a mixture of self-published, work-for-hire, and branded products - ranging from the hardcore niche to the truly mass-market.

On the mobile side of things, the company is setting long-term goals to target high-end production values and midcore gameplay.

To learn more about this, and all other aspects of Behaviour's mobile business, PocketGamer.biz caught up with VP of Mobile Publishing Jimmy Gendron.

When it comes to publishing its own mobile games, Behaviour is a relative newcomer.

Having been at it for little more than a year, Gendron explains that 2015's Dreamworks movie tie-in Home: Boov Pop and golfing sim Pro Feel Golf are “two key games” for the firm right now.

“They're still running, have been very well-received, and our install base in just the last 12 months is over 10 million downloads,” he says.

“Which is quite good [considering] we only just started as a publisher.”

We're working on consolidating what we've got in 2016.

“We're working on consolidating what we've got,” Gendron adds, suggesting that 2016 won't be a big year for Behaviour-published mobile releases.

Updates for Pro Feel Golf, including the addition of a betting mechanic that is now “the number 1 feature for engagement,” will keep coming as Behaviour continues “looking at how big the golf audience can be.”

Home: Boov Pop continues to figure heavily in Gendron and his team's plans, too, as they look to maintaining its “hundreds of thousands of daily users” with new content.

But while it's a forward-looking company, Behaviour has discovered that there's also a lot to be gained from looking back.

In 2015 it struck a deal with Playforge to operate some of its legacy titles, and found some exciting opportunities therein.

“The Zombie Farm games are still fairly successful, with quite a few DAUs, but they're older games on the tail-end of their life cycle,” considers Gendron.

“But there's one game in there we thought was a hidden gem, and that's Tree World.”

Only available previously on iOS, where it was consistently maintaining MAUs of 250,000 - 500,000 even 4 years after launch, Behaviour has now released the game - with a few modernisations to bring it up to 2016 standards - on Google Play.

Gendron is tight-lipped as to whether or not it's an IP Behaviour would like to continue with its own sequel, but the terms of the Playforge deal certainly make that a possibility.

We feel Tree World has the best potential in terms of audience size and KPIs.

“The Zombie Farm IP specifically is still owned by Playforge, but we own Tree World and some of the other IP,” Gendron explains.

“We feel Tree World has the best potential in terms of audience size, and the game mechanic has proven KPIs.”

This, however, is all small-scale when compared with Gendron's plans for 2017 and beyond, as it sets its sights firmly on more ambitious mobile games.

“As a studio, our passion and belief in the market now is to go after midcore - and to leverage midcore with brand universes people like,” he states.

“We are talking with a number of brand owners, and that's something we believe in strongly for the future.”

Citing EA's Star Wars: Galaxy of Heroes and Kabam's Marvel: Contest of Champions as good examples, it's a commitment to both high-end production values and longer development cycles starting in 2017.

“The market is moving back towards longer development cycles,” says Gendron.

“In general, we're looking at a full year of development to bring a game from concept to soft launch, and then 2-4 months there… a good ballpark figure is 16-18 months to release a larger scale game.”

Behaviour is just one of a growing number of mobile game publishers to focus almost exclusively on leveraging brands, but this is no mere dalliance.

“We're committed to brands, at least for the next 3 years,” adds Gendron.

It's a strong statement of intent, and it's also telling that Behaviour is currently hiring aggressively in both Montreal and Santiago.

Of course, competing with the likes of EA, Kabam, and Glu Mobile won't be easy. But Behaviour means business.