But now it's redressing the balance 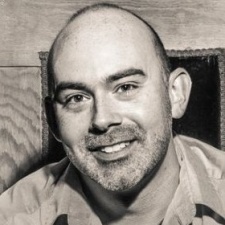 There are a lot of contradictions to wrap your head around when it comes to eSports.

The first (and biggest) is writ large in its very name - electronic sports. That the marginalised and sedentary hobby of video gaming can be elevated to the level of competitive sport remains a jarring idea for many.

Another is the grand scale on the one hand - the millions of viewers, the hero-worshipped professional players, the enormous prize pools - and the sheer lack of awareness from those outside of the bubble on the other.

“The viewership, at least in the United States, is roughly on par with the National League of Ice Hockey,” reflects Bo Daly, Co-Founder and President of Vainglory developer Super Evil Megacorp.

“But if you're not a hardcore PC gamer you probably don't even know it exists.”

This has been the primary challenge faced by Vainglory, a MOBA that's been blazing a trail for mobile eSports in a PC-dominated scene since its launch in July 2015.

“Frankly, the last year and a half for us has been about eroding these preconceived notions that mobile is an inferior platform for competitive gaming,” says Daly.

It's done this by immersing itself in the scene, hosting tournaments, building an audience and being obsessive about fine-tuning Vainglory's performance and input.

The whole tone of the conversation is very different now to when we first came out.

Daly predicts that, eventually, mobile eSports have the potential to be five times bigger than their PC counterparts.

But right now the scene is controlled by tastemakers on PC, and Vainglory - especially at launch - has suffered from an anti-mobile sentiment. But Daly is positive that this is changing.

“It's definitely softening, and the whole tone of the conversation is very different now to when we first came out on iOS in the early days,” he says.

“Truthfully, maybe we're over-sensitive to it because it's a battle we've been fighting for a long time.”

A recent development that felt like a major victory in this ongoing battle was the establishment of new, professional Vainglory teams from Fnatic, Echo Fox, NRG, Rogue and Immortals.

Having these established eSports organisations on board is evidently a source of great pride for Daly.

“We've been talking to a number of these folks for quite a long time, we've been around the eSports scene for a while so we've gotten to know them,” he explains.

“For them to see that Vainglory is hitting an inflection point and really taking off was really great, really humbling. It just continues to speak to legitimacy.”

It's also easy to forget that Vainglory is relatively young as an eSport, its first tournament only hosted in December 2015. For only a year of concerted eSports effort, and the added burden of being the first mobile game to do it, the progress is unarguably impressive.

But now, having proved its eSport credentials, Super Evil Megacorp is able to turn its attention to regular mobile gamers - the kind that play for fun rather than in arenas for cash prizes.

We probably ignored more casual players to a fault because we had so much to prove on the competitive side.

“We probably ignored that group to a fault because we had so much to prove on the competitive side,” considers Daly.

“Over the course of last year, Vainglory - just as a product and as a mobile game - has come a long way and added a lot of the things that were just, strictly speaking, required for good growth.

“We have progression systems, reasonable microtransations and things that didn't really exist a year ago.”

The team has also focused on introducing game modes that are easier for an average player to engage with, the best example of which is a five-minute brawl mode called Blitz.

“It was fun to kind of experiment with that, being past the point where we really need to prove legitimacy and actually start building a little bit more wild fun,” Daly enthuses.

But while he admits that the studio spent a lot of time building that eSports legitimacy, Daly is keen to emphasise that it's a byproduct of creating a quality experience with competitive scope.

“We didn't set out to make Vainglory as an eSport,” he explains. “We just had to build a game that we thought was deep and fun and rich, and wait for the community to tell us that it was something they wanted to do competitively.”

As a word of warning to developers with eSports ambitions he adds that gamers “see through” games that use the eSports tag as a flimsy marketing gimmick.

A game that can be said to achieved this - and one that is being touted for its eSports potential as a result - is Clash Royale.

But what does this growing interest in synchronous PvP in mobile mean for Super Evil Megacorp? Is the competition worrying, or is it good to have other developers with a common goal?

Our biggest challenge has been to educate the market that this is a great pastime.

“I think it's broadly helpful,” says Daly. “Our biggest challenge has been to educate the market that this is a great pastime and anyone who gets involved and plays games competitively feels it has everything that makes traditional sports great.”

Super Evil Megacorp began that education with the eSports community, which has responded positively by welcoming Vainglory.

Now, it's taking it to a wider base of mobile gamers with more approachable modes and a streamlined experience.

Whether this will be enough for Vainglory to expand its reach beyond its niche remains to be seen - especially with the aforementioned Clash Royale and its peers pioneering a more approachable brand of PvP action.