An ideal match: The making of Star Wars: Puzzle Droids 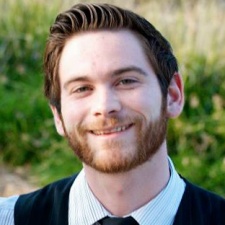 Star Wars is one of the biggest multimedia franchises in the world, so it's no surprise that it also has a major presence in mobile gaming.

However, the mobile games based on the property have largely focused on the more core end of the sprectrum - Galaxy of Heroes is an RPG, Commander is a build-and-battle strategy game and Force Arena is a MOBA-style PvP effort.

That changed with the launch of Star Wars: Puzzle Droids, a matching puzzler with a narrative through-line, which couples the truly mainstream appeal of Star Wars with more approachable gameplay.

But how did the project come about and what are the challenges of building a match-three puzzler with a story that ties into such a beloved series?

To find out, PocketGamer.biz went behind the scenes on the development of Star Wars: Puzzle Droids with Producer Sean Coughlin.

PocketGamer.biz: How and when did the opportunity first arise for Genera Games to work on a matching puzzler with the Star Wars license?

Sean Coughlin: Genera did a fantastic job with our team’s other titles Frozen Free Fall and Maleficent Free Fall. Their high level of quality and expertise really drove the partnership forward.

Star Wars has massive appeal and we saw an opportunity to match Genera with this particular project due to their high production value mobile game studio.

Also, it doesn’t hurt that the team members are huge Star Wars fans and were really passionate about the game project.

This not being a genre one would typically associate with the IP, how did you find an approach that feels satisfying to series fans?

Our goal was to reach a massive Star Wars fanbase, so we like to say that we’re aiming to bring Star Wars: Puzzle Droids into the hands of anyone who would wear a Star Wars t-shirt.

We're aiming Star Wars: Puzzle Droids at anyone who would wear a Star Wars t-shirt.

The delicate balance was to appeal to gamer fans and non-gamer fans alike. This is one of the primary reasons we chose to mix basic puzzle mechanics with more advanced ones.

Plus, by mixing in character and story moments, we feel that we were able to stay true to the Star Wars brand while allowing fans to explore a different genre.

It was important for us to stay true to Star Wars and to have an experience that anyone can play at anytime.

Was it a challenge to contextualise these references to the plot as part of satisfying, differentiated match-three stages? Does each demand a longer development process than your average match-three level?

Because we created a narrative-driven puzzle game, with the story told through the reconstructed memories of droids, it was really important that the puzzles, environments, characters and story beats change over time.

This is unlike other puzzle games, so it was a new experience and a new challenge. I believe our own Frozen Free Fall was one of the first to explore telling a full story through the concept of matching puzzles.

We used the learnings there, but also increased the production value significantly - Star Wars is after all known for being one of the highest production value franchises - by making fully 3D maps, characters, effects and environments.

The development process takes a little longer so we can’t pump out as many new puzzles you might expect from a match-three game.

However, we believe that fans will continue to be engaged while we focus on developing these new experiences catered directly to them.

How big is the team on Star Wars: Puzzle Droids, and how long was the total development time?

The total development time since the initial concept has been around two years thus far, with full production taking place over the past year.

Our credits are much longer than any other mobile puzzle game we’ve produced.

However, since the involvement in this title comes from separate areas - Disney, Lucasfilm and Genera Games - it is honestly difficult to nail down the exact number of staff members who have contributed.

But somewhere around 200+ have contributed. Our credits are much longer than any other mobile puzzle game we’ve produced.

The biggest challenge for me probably was selecting which great Star Wars moments to highlight.

We knew we wanted to start with BB-8 and Rey, due to the current trilogy. And we eventually end up at the Death Star for a stark contrast and because the moments in A New Hope are our favourite.

Each set of levels and each new update is treated as its own development cycle, so we know what we want to do months in advance.

Choosing the right thing for the game at the right time can be a difficult process.

We received a lot of positive feedback on the launch from the app store comments and reviews.

We also previewed and demoed the game at Star Wars Celebration and had a really positive experience there.

Since launch, the game remains above a 4.5 star rating across all platforms, so, yes, I am pretty happy with the reception thus far.

We will continue to develop and release new levels on the Death Star, while exploring other new features in order to keep the game fresh for a long time.

We love our fans and the feedback we receive, so please keep playing and continuing to tell us your thoughts. Stay tuned for more to come.

Does Disney plus Fox equal a mobile gaming powerhouse?

To Star Wars: The Force Awakens and beyond: How Disney is shooting for midcore mobile success